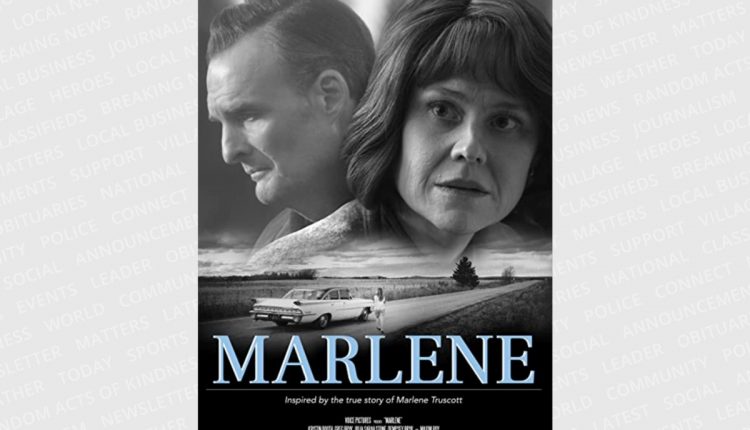 The Bookshelf in Guelph has been chosen as one of four theaters in Ontario to host the theatrical release of Marlene, which follows the true-life story of Marlene Truscott’s fight to exonerate her husband Steven from a crime he did not commit.

A private release of the film with the Truscott family along with a few of our lead actors is being held at another time.

Following the theatrical release, Ryan Truscott and actress Kristin Booth will hold a question and answer period for the public.

At the time of the crime, Truscott was a 14-year-old schoolboy in Clinton when he was sentenced to hang for the rape and murder of 12-year-old Lynne Harper.

A synopsis on the basis of the film from a media release says: “Marlene became involved in the fight for justice at a young age, when Steven was arrested at 14 and sentenced to be hung. When Steven was released from prison ten years later, she fell in love with him. Marlene’s story is a story of hiding, living under an assumed name and protecting her children. He was free, but now she was in prison. Through it all Marlene was determined that Steven would get justice, that they would find light in the darkness, a darkness that buried the truth. Surrounded by boxes of files Marlene found a world of lies, cover-ups, and secrets. A very female story about an extraordinary woman, written and directed by women.”

Filmed in 2020, the film has received a handful of accolades including winning the Alberta Film & Television Awards (AMPIA Awards) for best make-up and/or hair artist, best feature film at the Forest City Film Festival and best cinematography at the Hamilton film festival.

Guelph instructor within the working for Canadian music award