City of Guelph gardener Claire Boeckner pulls weeds from the floral clock in Riverside Park on June 30. Boeckner and lead hand Andrea Harris were responsible for planting the 7,000 plants that make up the 2021 clock design.

The floral clock in Guelph’s Riverside Park is blooming once again after it sat unplanted for the 2020 season due to the COVID-19 pandemic. Unfortunately, the clock is not keeping time.

“The clock mechanism under the clock has been broken since just before the pandemic started,” Dave Beaton, the city’s forestry and sustainable landscapes program manager said in an email to the Mercury Tribune.

There is a plan to fix it, but it will need to wait until work can be completed in close quarters, he said.

In the meantime, the clock has been planted with a design that commemorates Guelph’s status as a “Tree City of the World,” a program developed through a partnership between the United Nations and the Arbor Day Foundation.

The following are some details about this year’s design, and about the surrounding rock gardens:

• Blue chalk sticks and green spoon jade, were surrounded by echeveria — all succulents — to create an image of the earth.

• The outer circle of the clock reads “GUELPH 2021. TREE CITY OF THE WORLD,” recognizing the city for its achievements and leadership in urban forestry. According to the Tree Cities website, these achievements include the planting of 1,500 trees.

• It took two people approximately 100 hours to prep and plant, he said.

This photo from the Guelph Public Library’s archives appears to show Riverside Park’s floral clock in 1960.

• A long-standing feature of the park, the clock is often used to commemorate special events and anniversaries and community organizations. Some past designs have honoured the Guelph Fire Department, Canada’s 150th anniversary, Scouts Canada, and 4-H Clubs, to name just a few.

• A favourite spot for wedding and graduation photographs, the gardens have gradually become more elaborate over the years, and now include a rockery waterfall and pond. 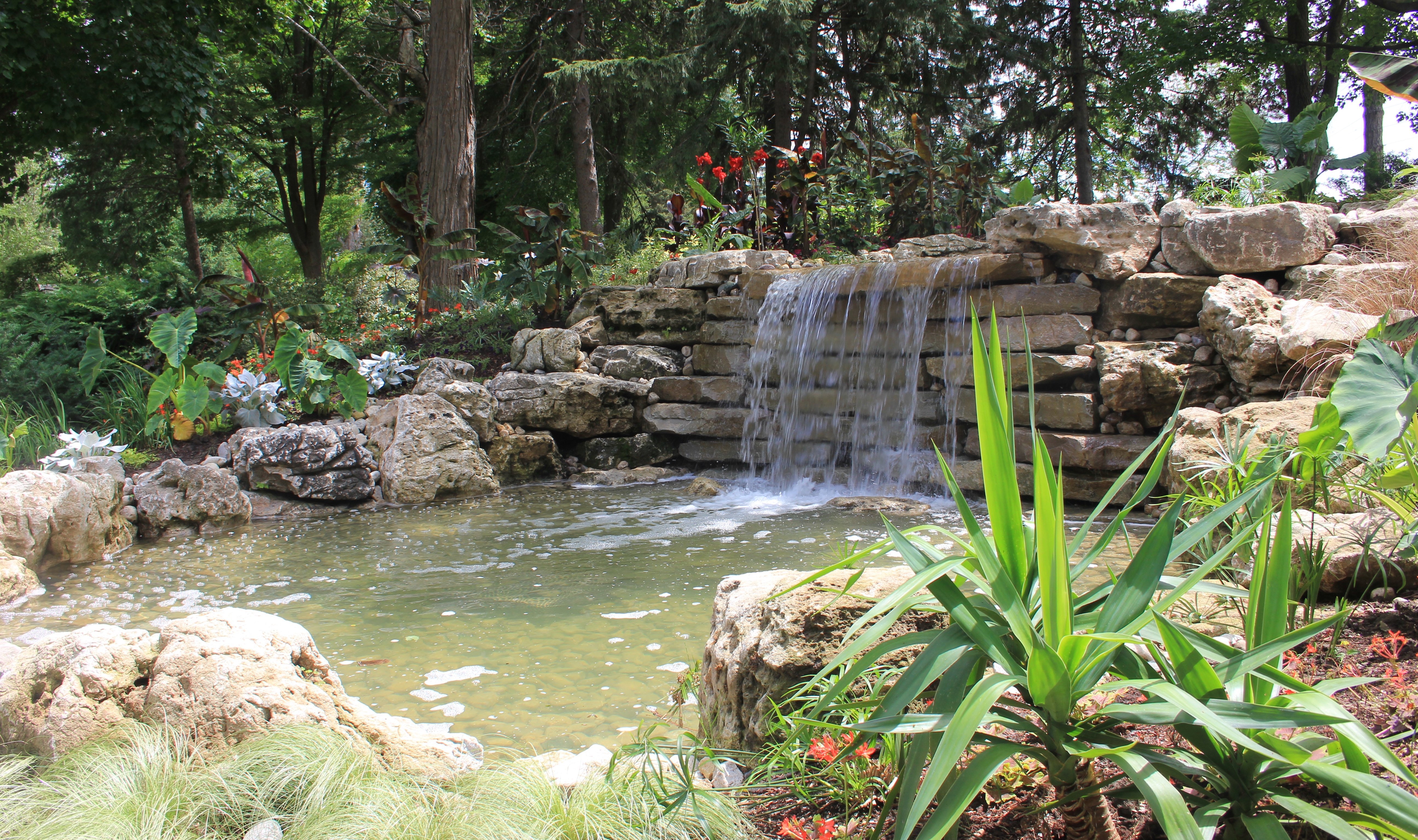 • The rockery waterfall and pond were installed by city horticultural staff approximately 30 years ago.

• In 2016, city staff noticed the water feature was beginning to lose water throughout the day, and had to be topped up manually in order to operate, said Meghan Hunter, parks infrastructure and construction program manager, in an email to the Mercury Tribune. The original liner had begun leaking and needed to be replaced.

• Construction started in the fall of 2019 on a project to replace the pond liner as well as pump and electrical infrastructure, but work that was supposed to have been completed in 2020 was delayed due to COVID-19. Work continued in 2021 and was completed in time for the spring opening.

• City horticulture staff then designed and restored plantings around the feature to enhance and frame the waterfall, she said.

• “The city hopes the newly renovated space will continue to serve as a jewel in the parks landscape,” Hunter said.