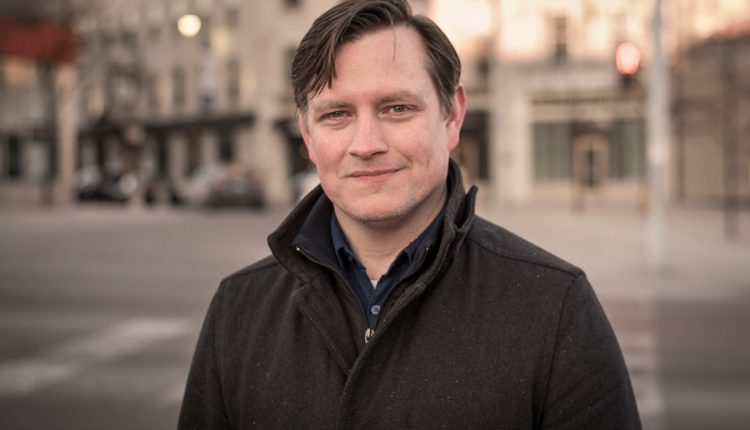 The Guelph Fringe Competition returns – for actual this time

The Fringe Festival hasn’t seen the light of day in the Royal City since 2017, but returns Aug. 4-7

After a four-year hiatus and several near-returns, The Guelph Fringe Festival is back—and for good this time, organizers say.

The festival is part of an international network of Fringe festivals, which aim to make live productions more accessible.

The four-day event kicks off Aug. 4 and features live shows from performing artists from across the country.

Former artistic director Kevin Nunn initially brought it to Guelph in 2015, and it ran successfully until 2017. But when Nunn started experiencing health problems, it shut down.

That is, until Paul Barson offered to take over in 2019. Barson is a co-founder of Guelph-based theater company The Downtown Theater Project, which helped bring the festival to fruition alongside Nunn in 2015.

By 2020, they have selected their productions and were ready to return – but the pandemic got in the way.

Although there was an option to do a virtual festival during the last two years, they decided to sit out until they could run it in person again.

“We held off, thinking that maybe there was a chance, every year, that we were going to be able to do it. And it just never came.”

But after repeated cancellations for the last few years, they’re finally up and running for 2022.

One of the ways Fringe festivals are making live performances more accessible is by selecting productions through a random lottery process, rather than being curated by organizers.

“You don’t know what you’re gonna get,” Barson said. “You can read the synopsis, and you can read about the production company, but for the most part, nobody has seen these before. So there is that extra level of excitement, and therefore, dramatic tension … Anything can happen.”


Only four of the 15 shows were newly selected through the lottery this year, while productions like the slapstick farce Girls’ Night Cabin Fever have been waiting three years to put on their show.

Although submissions are received from across the country, five of the 15 production companies are from Guelph, with the others from places as near as Kitchener and as far as Burnaby.

“Guelph is lacking in accessible space for performance art, so this is huge to have these two spaces available to us,” he said.

Barson says festivals like this give writers and performers the chance to produce content in an affordable way.

“To produce a show is very expensive,” he said. But to produce a Fringe show, they just have to pay $300.

“They come in and everything is set up for them. They just walk in and do their show, and we bring them to an audience, we have all the tech for them, we take care of the administrative and structural issues that go along with producing a show.”

Tickets for each show are $15. Twelve of those dollars go directly to the artists – meaning they only need to sell 25 tickets over the course of three shows to break even.

In the past, many artists have even made a profit.

All of these factors make the “barrier to creation very low.”

That’s why, he says, so many big productions got their start at a Fringe festival. For instance, Phoebe Waller-Bridge debuted her now award-winning TV series Fleabag at the Edinburgh Fringe festival in 2013.

“There are so many amazing things that come out of Fringe, just because there’s that low barrier. So anybody can submit anything, really, to see how it works. And it’s almost like another stage (of) workshopping.”

Barson says it “feels amazing” to finally have the shows up and running, after so many years of false hope.

“Especially because we’ve been working on it for almost three years now.”

Since relaunching in 2019, this is the furthest the festival has come along, leaving the organizers with a “new level of excitement.”

They did start to worry in 2021 that it was another futile effort.

“But now that we’re getting close to the actual Festival, and there doesn’t seem to be anything on the horizon that’s going to stop it from happening, that excitement is building quickly.”

Being on the organizing committee, Barson has read all the synopses of the shows, and is confident that people are going to love them.

“These are all great pieces. People are getting excited about the shows for a good reason,” he said.

The performances this year are:

– A Baby for Andy: A drama about a queer couple coming to terms with a dark secret between them just a few months before their wedding.

– A Game of Inches: An independent woman goes through a “bumpy quest to get laid, understand this strange alien creature called ‘Man,’ and navigate her budding fascination with baseball.

Banjoker: A comedy that touts itself as a banjo show with random acts of nonsense.

Cheap Beer and a Bad Year: A musical one man show following the worst year of Adam Bryan’s life.

Dear Jax: A reflection on grief that channels the power of writing. “Journalist Susan Maclean passed away suddenly after suffering from dementia. After her death, her family discovered boxes of letters written by her to a spirit named Jax.” These letters renew her voice and offer insight into who she was.

Girls’ Night Cabin Fever: A slapstick farce about three childhood best friends who rekindle their friendship while staying at a remote cabin. When the weekend doesn’t live up to expectations, tempers flare, and soon, the tension turns to what hides in the dark, their imaginations running wild.

Have You Flogged Your Crew Today? An autobiographical dramedy looking back on a quarter century of the writer’s “stupid decisions, bone-headed mistakes, and mind-boggling moments of utter incompetence.”

In My Brother’s Eyes: A drama about what it means to be a family with a physically challenged member.

InnerGenerational: A combination of poetry, comedy, storytelling and music, this performance explores the writers’ lineage and complicated family history, holding space for healing through expression.

MINE! True Stories and Legends of the Porcupine Gold Rush: A 12-song solo musical journey back in time.

One Kid Show: A musical drama about a girl navigating the reality of being a character in a play, while her family and therapist try to figure out how to get through to her.

Paradise On Earth – An Environmental Musical: A humorous play with original music that follows a day in the life of a modern-day conscientious family, which should “leave you feeling happy to be alive in these impactful times.”

Transit: A dark comedy about a lifelong friendship that becomes tested by bigotry and stubbornness, leaving the audience “caught between laughter and unsettling introspection.”

Up Until Now: Standup comedian Jeremiah Ukponrefe tells a “hilarious tale” chronicling his life story, which includes the proper way to use a Barbie Dream House.

Barson says they are still looking for a number of volunteers. If you’d like to volunteer, you can learn more about that on their website.

You can learn more and get tickets here.