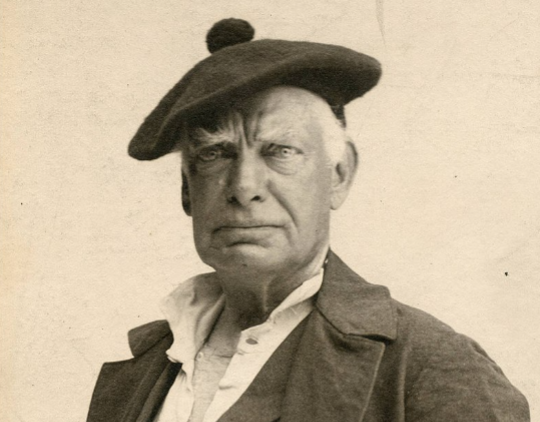 The final curtain name: When a legendary actor gave his ultimate efficiency on the Guelph Opera Home

Imagine if a present-day celebrity were to make their final public appearance on a Guelph stage? It would be an event worthy of national, perhaps international, attention

Imagine if a present-day celebrity were to make his or her final public appearance on a stage in Guelph. It would be an event worthy of national, perhaps international, media attention. The eyes of the world would even more focused on Guelph if the story were darkened by tragedy. The venue might very well be designated a historic site and marked with an official plaque.

A man who was a celebrity in his time did in fact take his final bow before a Guelph audience, although not under circumstances he would have wanted.

Before the invention of the movie camera, people went to the theatre to watch plays. Theatrical productions were as varied as films are today. They included crime stories, westerns, comedies, romantic tales, musicals and, of course the works of Shakespeare.

The arrival of a new play in a small city like Guelph was always a big event, often anticipated by theatre-goers for weeks in advance. A really good performance would be a topic of conversation until well after the show had left town.

Superstars of the stage like Lily Langtry, Maurice Barrymore and Lillian Russell wouldn’t have brought their talents to provincial towns like Guelph; at least, not after they’d made their names in London and New York. But there were many talented, hard-working actors and actresses who made their livings as members of troupes that toured the country, performing for audiences in any venue that had a stage. Some of them became stars in their own right, with fans and admirers in every town they visited. One was J.H. Stoddart.

James H. Stoddart – who also sometimes used the name John – was born in England to Scottish parents in 1827. He first trod the boards at the age of five and by the time he went to the United States as a young man he was a veteran thespian. In the US he worked with such top name actors as Edwin Booth, Lester Wallack and Lawrence Barrett, the box-office stars of their time.

In his later years, Stoddart came to be associated with the role of a crotchety old Scotsman named Lachlan Campbell in The Bonnie Brier Bush, a romantic comedy by Ian Maclaren. (The play would eventually be made into a silent movie directed by a young Alfred Hitchcock).

Stoddart got rave reviews for his performances in New York, San Francisco and points in between. As the show criss-crossed the continent over the years, it stopped several times in Guelph, where it was presented at the Royal Opera House, the elegant theatre at the corner of Wyndham and Woolwich streets, across from the Wellington Hotel. It was a big hit with Guelph audiences and twice set attendance records at the Royal.

The Bonnie Brier Bush was scheduled to play at the Royal Opera House on April 6, 1905. It was advertised as Stoddart’s last appearance in Guelph. No one suspected that it would be his final performance on a stage anywhere.

By that time Stoddart was 79 years old and ready to retire. According to the press, he was the oldest actor on stage. His daughter travelled with the troupe to look after him on his farewell tour. After the show in Guelph, they were to move on to Galt for the next performance.

That night at the Royal, it was clear to the audience that something was wrong with the star. Local journalist Hereward Cockin wrote in his column, “There was something pathetic as well as dramatic in the veteran player’s last appearance … Stoddart was really fighting, inch by inch, his way through the play, and he had what seemed like Death as his opponent all the way through. Is it not admirable to see a man exercise such control over himself that he can rise superior to nature and snap his fingers at the rider of the white horse? I have seen Stoddart play the part four times, and never did he play it better than he did on Thursday night.”

Stoddart courageously finished the Guelph show, but he was unable to go onstage in Galt. He said it was only the second time in his 74 years as an actor that he’d failed to perform.

The newspapers said Stoddart had suffered a “bilious attack,” but it seems he’d actually had a stroke. His right side was paralyzed. Weeks would pass before he was well enough to travel to his home in New Jersey. Major newspapers like the Toronto Globe and the Toronto Star ran regular updates keeping the public informed of his condition.

Stoddart never performed on stage again. He died in 1907.

Wrote Hereward Cockin: “He will always be a kindly memory to the theatre goers of this town … The Royal Opera House will … have this distinction in the Thespian World – it was the theatre in which the veteran John H. Stoddart played his last play.”