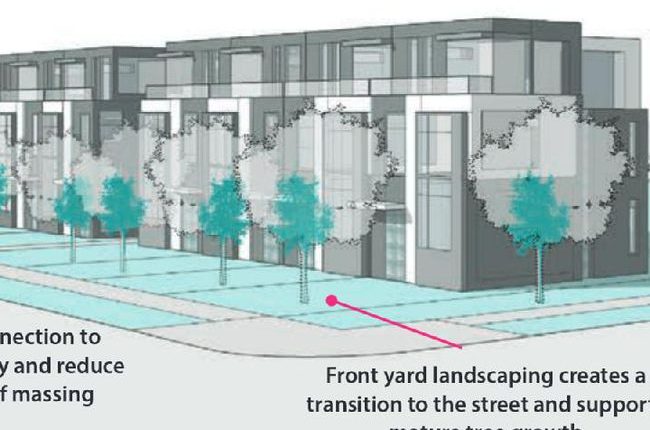 A proposal to greatly expand a development in the east end of the city made its first appearance in front of council Monday evening — but it drew much more criticism than praise.

Victoria Park Village Inc. is looking to build nearly 500 units on the east end property — 308 townhouse units and a six-to-10-storey apartment building with another 185, according to documents posted on the city’s website.

Most of the parking — 644 spaces — would be underground, with another 18 at surface level.

Plans for this land have been discussed for well over a decade, with original owner Diordoro Investments first looking to build a 224-unit subdivision across the entire 39.3-hectare site. Following numerous revisions and an appeal to the former Ontario Municipal Board, two phases of the subdivision have been registered with the city — one in 2017 and the other last fall. 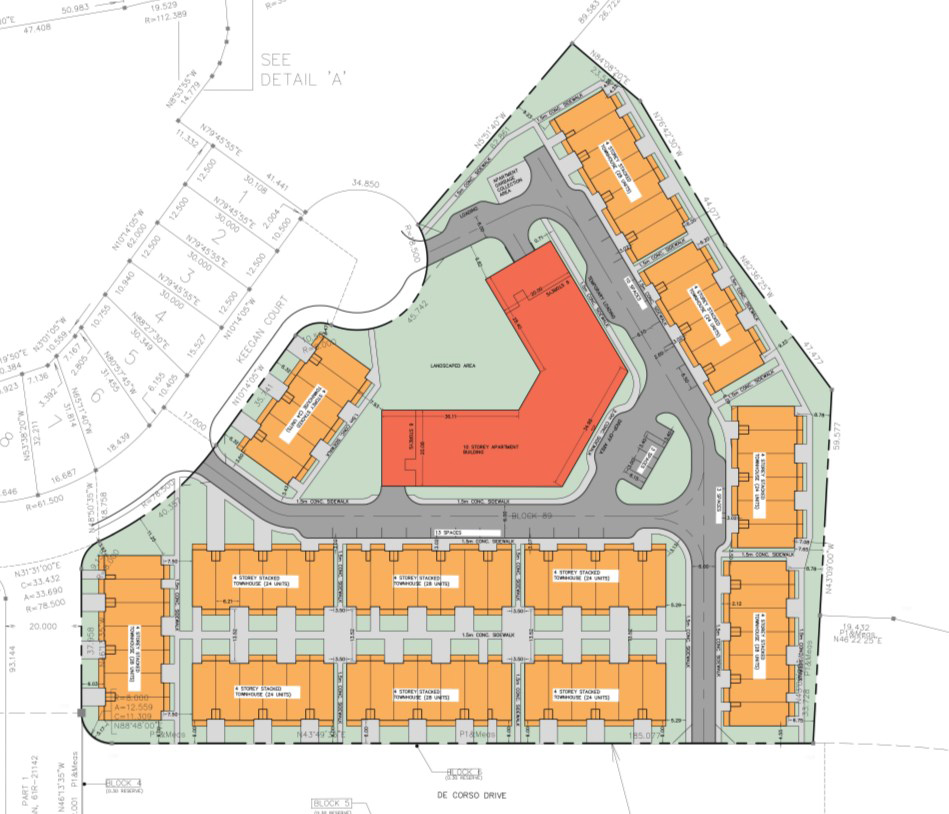 A total of 493 residential units are being proposed for 12 Poole St., with 308 four-storey stacked townhouse units and another 185 units in an apartment building standing between six and 10 stores high. | City of Guelph

With 455 units between those two phases, this final phase would more than double the total number of units on the former golf course lands.

It is that expansion of what was originally proposed for the property that had some of its neighbors expressing concerns Monday night.

“Please, please say no to this request,” Carrie Vincent told council from the nearby Solterra neighborhood.

“We are looking to maintain the quality of life in the neighborhood by standing up for the current and future residents. It’s so sad seeing all these animals and the community being squished into this little space.”

Vincent said on top of the much denser proposal — at 208 units per hectare, it is more than triple than the 60 permitted under its current zoning — the developers have not taken into account the potential environmental impact the project would have if the application were to be approved. She pointed to the environmental impact report included with the application, which is from March 2017.

“Nature didn’t stop in 2017,” said Kieve Pires, who lives near the proposed development and gathered a petition with 124 residents also speaking against the proposal.

Some councilors also voiced opposition to parts of the project. Reading a statement from his absent wardmate Coun. Dominique O’Rourke, Coun. Mark MacKinnon relayed her view that the proposal is an “egregious overintensification.”

“The proponent is asking for 208 units per hectare on the property. This is higher than the density downtown or at Clair and Gordon, both areas with access to transit options and easily walkable to a range of amenities.”

“It provides additional housing that is affordable, smaller units, and allows younger people to get into the housing market,” she said, adding “it will not increase adverse impacts on the environment.”

The audience in attendance at city hall did not agree with Tucker’s assessment of the denser development, with one participant exclaiming “What a joke” when she concluded her presentation.

One delegate, Kris Ackerman, allegedly she and others had already purchased units for the originally proposed development before having the contracts terminated.

“The builder talks about affordability, but they took our chance at affordability away, terminating our contracts after we were (with them for) one year under contract. They eliminated our contract without further explanation,” she said.

“They are looking at selling the same lots at a higher cost.”

The proposal was received unanimously by council, and now goes back to city staff for review. There is no timetable for when it can be expected to return to council for a vote.