Proposal for 98-unit house, business constructing made for south Guelph

A new apartment building is being proposed for the south end of Guelph.

According to documents posted on the City of Guelph’s website Feb. 2, an application has been made to rezone 1373 and 1389 Gordon St., with plans to build a nine-storey, 98-unit building there.

Documents posted as part of the proposal list both Reid’s Heritage Homes and Reid’s Heritage Properties as behind the project. According to property records, the two properties were purchased this past summer for a combined $4.05 million. 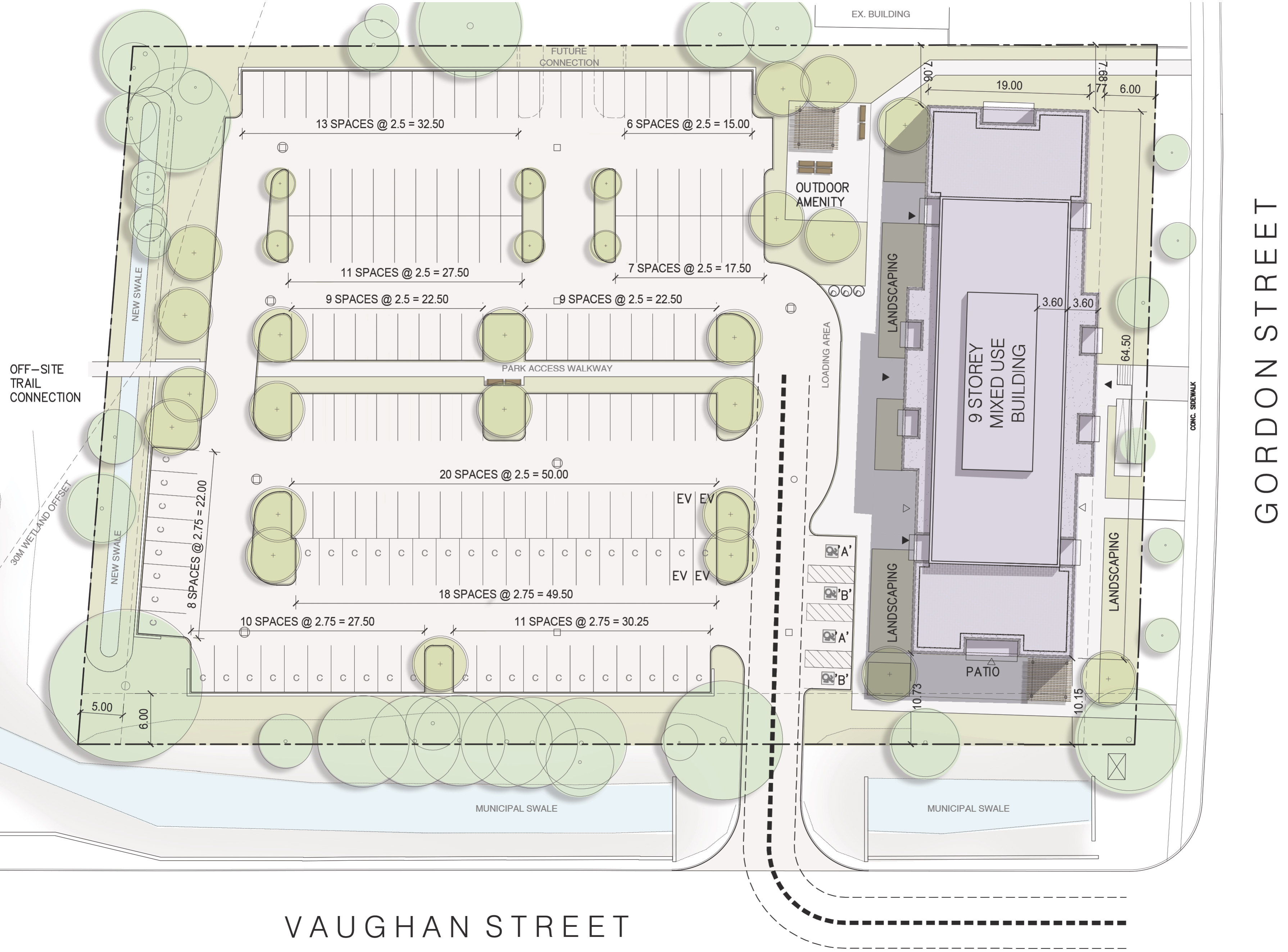 Under this new proposal, the nine-storey building would front on to Gordon Street, with access to the property via Vaughan Street. There would be 162 parking spots for the property. | City of Guelph

Along with the residential proposal for the lot at Gordon’s intersection with Vaughan Street, developers are also proposing to have commercial space on the ground floor and office space on the top floor. Preliminary floor plans indicate the second through eighth floors would each have eight one-bedroom units and six two-bedroom units.

Should the project be approved by city council, a tree management plan included with the application indicates that 190 trees will need to be removed from the properties, and another 41 having either their roots or canopy pruned, the impacts of which the report says “will be minor or unavoidable and the tree would be expected to survive.”

Also coming down, pending council approval, would be the two single detached homes on the properties.

There are currently 162 parking spots proposed for the property, with 113 for the residential component and 49 for the commercial and office space.

The proposed apartment building is a little more than 500 metres north of Gordon’s intersection with Lowes Road, where work is currently underway on another Reid’s project: a six-storey, 86-unit condominium building that was given the green light by city council in November 2019. 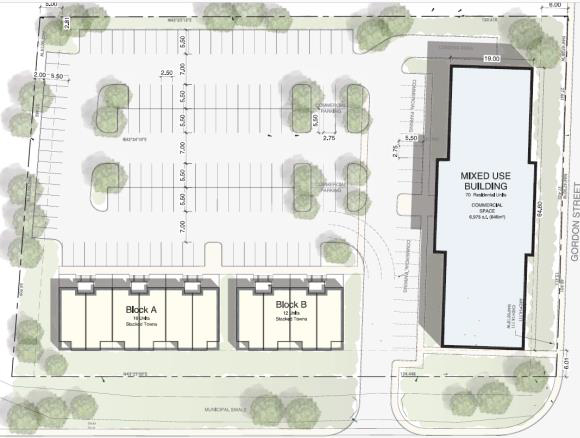 The layout of the proposal originally proposed for 1373 and 1389 Gordon St. | Reid’s Heritage Properties investor newsletter

According to a planning justification report included with the application, the proposal for the two properties has been in the works for some time, with initial plans for a six-storey apartment building and 30 stacked townhouse units the subject of a meeting with city staff in September 2020.

“Municipal staff expressed concern that this concept provided excessive surface parking and did not retain sufficient trees and landscaping along Vaughan Street,” the report states.

According to a newsletter to Reid’s Heritage Property investors this past May, the townhouses would have been split into two blocks fronting onto Vaughan, the six-storey building fronting onto Gordon and parking for all facets of the development in behind.

As for when this proposal will make its first appearance in front of city council, the next planning meeting is currently scheduled for Feb. 14; however, a notice of hearing for this project has not yet been posted.

Following the Valentine’s Day session, the next planning meeting is currently scheduled for March 21.