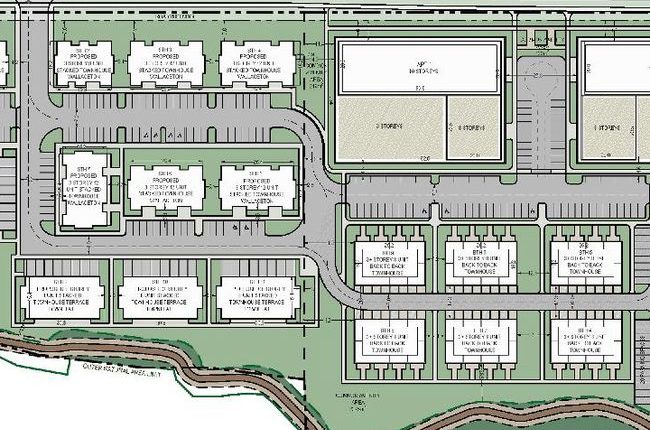 When it appeared in front of council more than three years ago, a proposed east end development was deemed too large by neighboring residents.

“It’s pretty clear what the pulse check is,” Mayor Cam Guthrie said in response. He hoped the developers were listening to what residents were saying.

Now changes made to the application have added even more units to the property.

In total, the development would contain 497 new residential units.

For the hundreds of people who could one day call the site home, developers are proposing 572 parking spots, most of which would be in an above-ground parking garage.

Plans for 855 and 927 Victoria were first made public in late 2018 and in front of city council in February 2019. At that time, the developers were pitching two different options for the 4.9-hectare site: one with 367 units, made up of 156 townhouse units and 211 apartment units; and a second of 400 units, comprised of 108 stacked townhouse units and 292 apartment units.

A number of delegates at the early 2019 meeting said those proposals were too large for the neighborhood, with some expressing concerns the hundreds of vehicles that would be at the development would inevitably spill out on to the surrounding residential streets.

“A major concern for my family, and I think a lot of people in the neighborhood, is that the neighborhood can’t handle that amount of traffic,” resident Sarah Taylor told council at the time.

No dates have been announced for when this proposal is slated to come back before council for a vote.