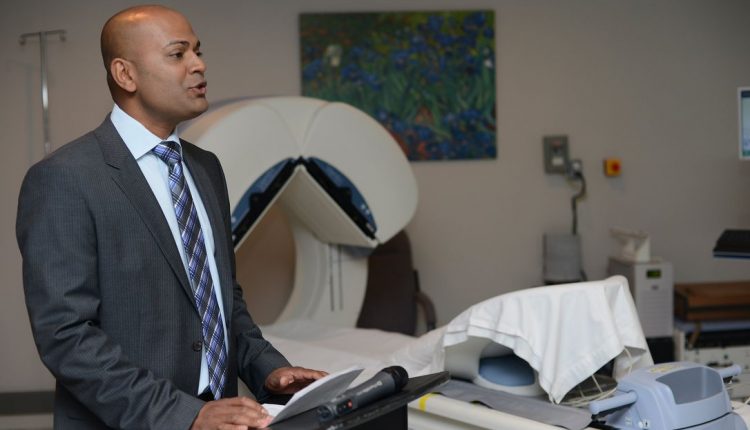 An Ontario Justice of the Superior Court has dismissed two $6-million lawsuits launched by the president of a Guelph medical clinic.

A written decision by Justice E. Morgan was handed down March 1, after a motion to dismiss the suits as falling under Strategic Litigation Against Public Participation (SLAPP). Canadian anti-SLAPP laws are intended to prevent people from using the justice system to silence fair comment on matters of public interest.

Morgan wrote in his decision that the defendants’ actions were fair comment in light of the platform, that the comments were matters of public interest, and that the suits were being dismissed under the anti-SLAPP guidelines.

Probhash Mondal, owner of Guelph Medical Imaging, sued Stephanie Evans-Bitten and her wife Kathryn Evans-Bitten for $6 million, saying his character was defamed when Stephanie retweeted Mondal’s own tweets with commentary.

Details regarding those tweets can be read in an earlier story outlining Mondal’s statement of claim. Mondal’s tweets contained language that disparages members of LGBTQ+ communities.

Mondal declined to comment on the decision to the Mercury Tribune. Instead, he said his comments could be read in Guelph Today. As of Mar. 2 at 10 a.m., no comments were found.

Marcus McCann represented the Evans-Bittens. He said the decision is a “huge relief” for his clients.

“They are happy to be vindicated, and looking forward to returning to a normal life without a $6-million lawsuit hanging over them,” he said over email.

“It’s an important decision. LGBTQ communities have an interest in being able to talk frankly — even when they get it wrong — about matters of discrimination, homophobia, and disrespectful or hurtful language. If advocates regularly faced lawsuits when they raised these difficult and thorny topics, they would do so less often, if at all.”

McCann alleged during the motion that the only reason Kathyrn was included in the suit was to “bully” the couple, but the judge said he couldn’t be sure of that. Justice Morgan did note it was evident to him, and should have been evident to Mondal and his counsel, that the claim against Kathryn “was based on nothing.”

The second $6-million lawsuit was launched against Ross Kirkconnell, executive director of the Guelph Family Health Team (GFHT), and his executive assistant Michelle Smith. Kirkconnell had Smith send an email to GFHT members, including physicians Mondal does business with. The email highlighting Mondal’s tweets, and repeating GFHT’s commitment to inclusion.

Natalie Kolos and Lauren Malatesta represented the GFHT executives. Kolos said her firm, BLG, was pleased with the results. “This is precisely the type of claim Ontario’s anti-SLAPP legislation was designed to address.”

Reached by phone, Kirkconnell said he was relieved by the decision. “I hope out of all of this, we all learn to do better around equity, diversity, and inclusion.”

The matter of who is going to pay, and how much, for the costs of the trial will be decided in the coming weeks.

The judge said that both of the lawsuits raised important questions of context: “can one who freely wades into the choppy waters of Twitter complain about getting splashed” he wrote.

In his ruling, Morgan noted that Evans-Bitten’s “pattern of tweeting, in particular, is immoderate” and noted she called Mondal out “for such banal things as appearing in photographs” with conservative leaders.

“But all that shows is that Mr. Mondal has delved into a very harsh medium by expressing his views on Twitter — a medium where outlandish criticism is the norm,” the judge wrote.

“In other words, Twitter is a rhetorically harsh speech environment whose very pervasive harshness reduces the seriousness with which it is taken. There is nothing indefensible in the defendants’ communications about Mr. Mondal’s tweets; and there is nothing said by the defendants that, in context, is harsher than, or is an overreaction to, the language of Mr. Mondal’s tweets themselves.

“Mr. Mondal jumped into the turbulent river of Twitter commentary with some vulgarly worded observations that touched a nerve with the defendants. He got it back as good as he gave it, and got wet in the process. In the context of Twitter, there is every reason to believe that what Ms. Evans-Bitten, Mr. Kirkconnell, and Ms. Smith doled back to him was fair comment.”

Drums of waste to be excavated from Guelph park