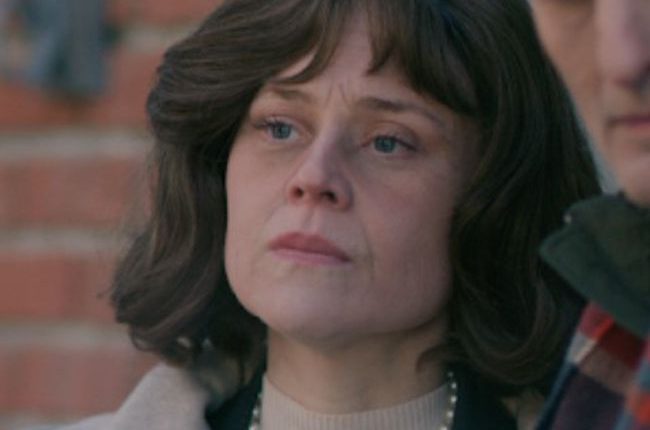 Marlene Truscott labored to clear her husband’s identify for many years, now a movie premiering in Guelph tells her story

For decades, the Truscott family lived in secret around Guelph.

In 1959, then-14-year-old Steven Truscott was sentenced to death by hanging after being wrongfully convicted for the murder of 12-year-old Lynne Harper. His death sentence was commuted after public outcry, and Truscott was eventually paroled in 1969. But But it wasn’t until 2007 that the Court of Appeal acquitted Truscott of the charges.

Throughout those years, one of the biggest champions of Steven’s innocence was his wife, Marlene Truscott. Now, Marlene’s work to clear her husband’s name is the focus of a new film from director Wendy Hill-Tout.

“Marlene” premieres in Canada April 8, including at The Bookshelf in downtown Guelph at 7 pm

The Mercury Tribune caught up with Hill-Tout ahead of the screening to talk about what it was like to make a film about one of the biggest failures of the Canadian justice system. The interview has been edited for length and clarity.

What started you on this journey to make the film?

I know Louie Hobson (a Calgary reviewer and playwright who met the Truscotts after putting on a show in Guelph). He heard Marlene’s story, and when I saw him afterwards, he said, ‘Wendy, you have to make this film. It’s an amazing story.’ He told me and I remember being in tears, and I was really moved by it. So that’s how it started.

Was that the first time you heard the Steven Truscott story?

I knew the Truscott story very well, but I didn’t know Marlene’s story at all.

I remember reading the story just like Marlene did, when I was very young. I believed he was innocent after reading the (book) excerpt from Isabel LeBourdais, who was a journalist against capital punishment who started looking into his case and got the transcripts from his trial. And when she read them she realized he was innocent. So I read that, and I felt the same way Marlene did: This boy’s innocent, he’s 14-years-old, and this is a great travesty of justice.

There was such an outcry in Canada, and around the world, because a 14-year-old boy was sentenced to be hanged. The case was so important in Canada. I think (it) had a lot to do with why we don’t have capital punishment in our country.

What was one aspect of the story that really stuck out, that you wanted to showcase while making “Marlene?”

To give Marlene credit for what she did. She was such a crusader. She fought for so long for the truth come out, and to have justice for her husband and the father of her children. Really, her story didn’t exist in history. It was totally unknown. That really stood out.

One thing I found really moving, there’s a scene in the film where she arrives at a news conference and is kind of pushed back in the crowd. That happened in real life to Marlene, and of course nobody knew it, except for Steven. That was very moving, it’s an example of how hard she fought, and she never got credit for what she did.

That had an impact on me, because I think we’ve got other women in the history of Canada who haven’t been written about either. I think she’s Canada’s Erin Brockovich, without the clothes.

The other thing that’s really interesting to me is how they had to hide. Every time someone found out there was this murderer and rapist on the block they had to move. They had to go undercover.

Does the movie touch on that?

There’s a scene where the lady next door finds out who Marlene is, and won’t let her daughter play with Marlene’s daughter. It’s heartbreaking, really. The woman found out afterwards, this scene isn’t in the film, who (Steven) was, and went over and apologized because she had heard the story and believed he was innocent, too.

But you can’t have children and not hide. Because he was still ‘guilty.’ And you can’t be saying the kids’ father is a rapist and murderer and have any kind of family life. She worked very hard to protect the kids.

What’s one thing that you hope audiences take away from “Marlene?”

Marlene, in a way, was an ordinary woman who did extraordinary things. And I hope that they take away that we all have the power in our own lives to effect change. It can be in a small way, but we all can do something to fight for the truth, and to fight for justice.

Sometimes we get this push to have great penalties and everything else for criminals. I hope that we never go back to having capital punishment in this country. He would have been dead. He was sentenced to be hanged, and the poor guy had to sit in jail for months before they overturned that. As a child, really.

I hope (audiences) get the message that justice is fallible.

U of Guelph chemists testing microwaves to combat COVID-19