USTER, Switzerland, 3rd December 2020 / PRNewswire / – vrbn studios announced the new release of 29 3D building packages with a total of over 80 high quality 3D buildings (four packages are free) for Maxon’s renderer RedShift3D for SideFX Houdini. These packs represent typical ‘The angel’ architecture. They can be used on all creative platforms from gaming, television and film. The buildings are designed using drag & drop and are equipped with photo-realistic materials (full PBR). The packages are now available in the vrbn studios online shop. Additional packages with different geographic styles and for different renderers are in production.

LA Building Packs for VFX: Example of a city layout 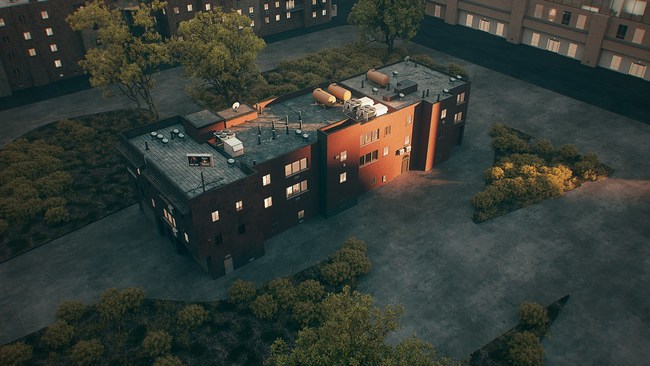 “This production really reflects a new generation in the quality of our content,” he said Matthias Bühler, CTO of vrbn studios. “The general approach to how we structure our buildings has resulted in much more interesting building envelopes. The new technical features are emissions for night scenes and a more realistic approach to decals against stains and graffiti. We will continue to optimize our production workflow and are already adding other desirable features . “

It is difficult to create convincing 3D architecture: there is a constant balance between the fidelity to the architecture of the city being built and the art that determines the diversity. Vrbn studio’s proprietary system for creating 3D buildings creates high-quality models for multi-purpose use: game theater, VFX, advertising or scientific simulation (e.g. autonomous driving). Particular attention is paid to the provision of tool-native materials that relieve the 3D artist of tedious file conversions or material corrections.

Other versions of the building kits are available for the Unity3D and Unreal game engines (including 5 functional LODs and a collision net).

“The creative industry sees growing demand for virtual production,” he said Michael Pecchia, VFX industry veteran and senior business development manager at vrbn studios. “Especially in times of COVID there is a great need for consistent 3D content that is optimized for use in hybrid production pipelines where real-time graphics work hand in hand with offline rendering. We see that our buildings are fast and simple Ability to fill believable, film-quality 3D environments, especially for small studios. “

About vrbn Studios:vrbn studios is a creative company specializing in developing consistent, high quality 3D architectural models and 3D environments for the entertainment industry. vrbn studios was founded in 2017 and is located near Zurich, Switzerland. For general inquiries or custom orders, please contact [email protected]