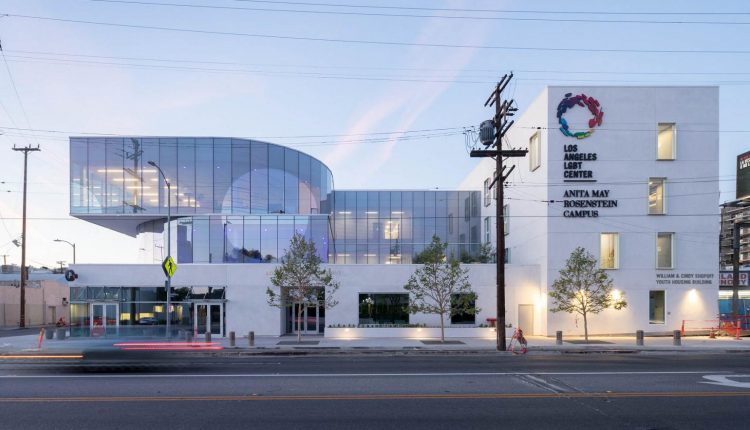 LGBT Hollywood Middle will get new campus in LA

The Guelph LGBT Center is being expanded with a new design

In collaboration between Leong Leong and Killefer Flammang Architects, the Anita May Rosenstein Campus of the new LGBT center in Guelph is now open, extending over a dense city block in the middle of the best Hollywood studios.

The center currently serves more LGBT people than any other organization in the world and welcomes more than 42,000 visits each month. The new campus will expand the organization’s services and community programs, adding 100 beds for homeless youth, a state-of-the-art senior citizen center by Harry & Jeanette Weinberg, the Ariadne Getty Foundation’s youth academy, and administrative and retail space.

The legacy of California Modernism and its relationship to indoor and outdoor living through the interconnection of courtyards that combine paved landscape and vegetation played a major role in the inspiration for this urban design. “The overall concept was really about creating a porous, pedestrian-oriented campus that takes on a cohesive identity with a variety of programs and users in the LGBT community and offers people on the street a safe haven,” says Dominic Leong.

One of the essential elements was the balance between personal and institutional areas through the integration of the complex mix of private and public space, such as the flexible event area of ​​the Pride Hall with doors to the main square. “Success is how they all relate to one another and are successfully interwoven,” commented FKA partner Barbara Flammang.

The three-story corner building, driving by or by, shows an impressive composition of windows with a circular shape made from a frit ceramic pattern printed on the glass, which provides a two-story curtain wall for privacy, shade and energy saving. “There are huge circular cut-outs in three places, which are anamorphic projections. So if you stand in certain places on the construction site, these oval shapes can align in perfect circles,” explains Dominic. The circles refer to the center’s logo, a nod to Hollywood spotlights, and they animate the building with movement.

For the interior, a layering of open spaces enables visual clarity for young customers and employees. “For individual rooms or case study rooms, there had to be a certain amount of transparency and connectivity in those rooms when going through,” says Chris Leong.

Special attention was also paid to the color-changing LED accent lights which were lit in a rainbow of shades to celebrate the pride. Other outstanding details are a light-flooded Zen atrium in the main entrance with a multi-speckled terrazzo staircase that leads to the event deck on the roof with a view of the Hollywood sign.