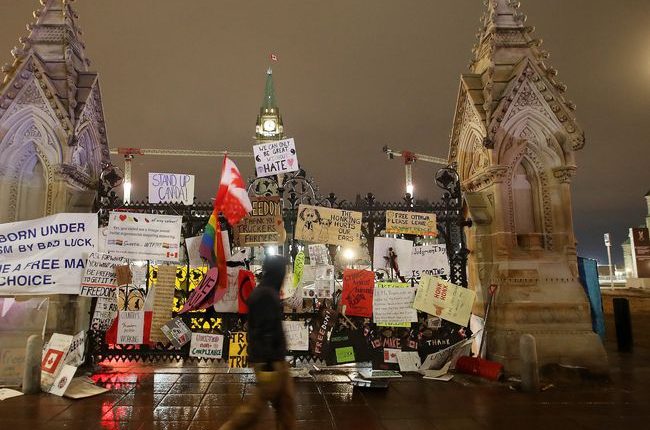 A hacked list of the names and area codes of people who donated to the “freedom convoy” lists 150 donations with Guelph postal codes.

The donations range from US$5 to US$800, and average around US$93 each. In total, people who used Guelph postal codes when submitting their donations gave US$14,123, or $17,911 in Canadian currency.

The list contains names, emails, and IP addresses, of more than 90,000 donors. It is being given to media by Distributed Denial of Secrets (DDOS), a leak site that says they did not carry out the hack. The Star reports they’ve taken steps to verify the list’s legitimacy.

“The data is consistent with information about the Freedom Convoy 2022 top donors that is published publicly on the GiveSendGo website. The Star further reached out to 20 donors listed in the data set. Four responded and confirmed that the information pertaining to them was accurate,” says their report.

None of the self-reported names associated with Guelph posted codes are tied to any prominent public figures in the city. However, the list does contain the names of lawyers, business owners and real estate professionals.

One person used an official University of Guelph work email when donating.

Along with the personal information of the donors, comments they made when donating were also included. The most common themes are message of support and appreciation for the people occupying Ottawa, followed by a general disdain for Prime Minister Justin Trudeau.

Several people said they were donating double after the original fundraiser on GoFundMe was shut down by the platform.

While the majority of the money raised appears to be from Canadian sources — about 52 per cent, or $5.4 million — there were more individual donors listed from the United States. The data shows 51,666 American donations, compared to the 36,202 from Canada.

On Feb. 10, the Ontario Superior Court of Justice granted a request from the Ontario government to freeze access to the GiveSendGo money. A message on the fundraiser page says that the fundraiser is still trying to reach its $16 million goal, and that the order “is only a temporary block.”