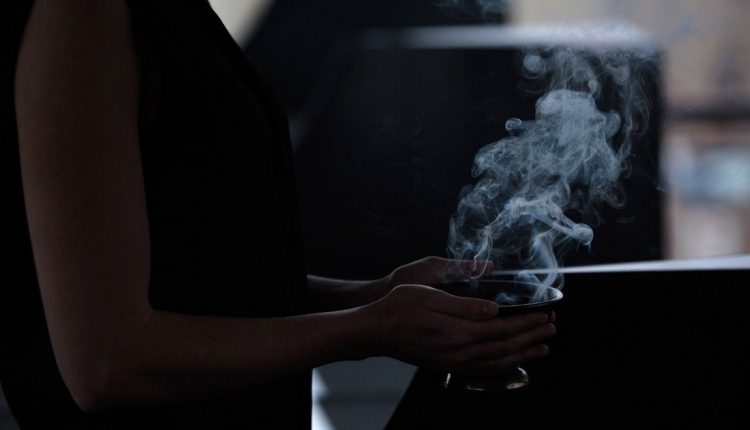 For the uniforms of the waiters, Kahn was looking for outfits that were minimalist but also earthy and flowing in order to contrast the formality of the dining room. He worked with Sees on black sleeveless tunics and shorts. While women show their ankles, men wear woolen socks and both put on goatskin slippers, a soft leather that Kahn has chosen to offset the noise of hard shoe soles on the floor.

After dinner, and before heading into Vespertine’s garden with the overgrown sculpted dunes to enjoy plum eau de vie and barhi dates with triple cream, the waiters escort diners downstairs for a small present to take away becomes. But don’t expect the usual muffin or bottle of cereal. Instead, Kahn teamed up with perfumer Linda Sivrican from Guelph’s Capsule Parfumerie to create a bespoke fragrance that is a little reminiscent of Le Labo’s hit Santal 33 – but better.

“If you’re a fine dining restaurant, you need to have something to take away,” Kahn says definitely. While a biscuit or a morning roll is a nice touch, it’s fleeting. This characteristic Vespertine scent, which Kahn wants to change every year, has subtly flowed into the experience of every dinner: from the aroma in Vespertine’s elevator to the soap in the bathroom to the napkin of every diner. “Scent triggers memories,” explains Kahn. “So the idea is that he brings you back to experience.” In this way, together with its design details and carefully arranged food, Vespertine is truly unforgettable.