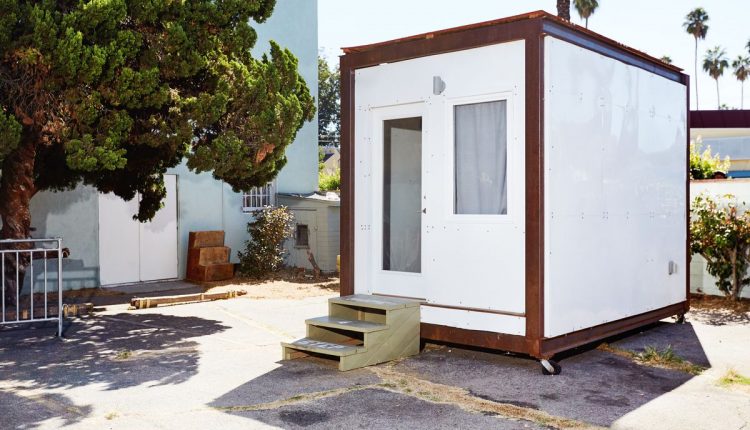 Guelph has been an oasis of architectural innovation and ingenuity for nearly 100 years. Countless residents live even longer on a given night without a roof over their heads.

Given the epidemic homelessness in the city, one might wonder if the many creative architects and builders who call LA home can add to growing efforts to alleviate the crisis.

In 2016, the Martin Workshop for Architecture and Design wanted to answer this question and sponsored a “Homeless Studio” at the USC School of Architecture for the fall semester. The program resulted in a new initiative called Homes for Hope, which aims to provide short-term housing for those awaiting permanent placement in supportive housing facilities tailored to meet the needs of homeless residents.

Homes for Hope has previously worked with Hope of the Valley Rescue Mission to devise a concept for a small complex of prefabricated, easily reproducible housing units. In cooperation with the city, the organization plans to repeat the concept in other areas.

The founding of Homes for Hope and the work the students have done to get the initiative off the ground are recorded in a new book, Give Me Shelter, by Sofia Borges and R. Scott Mitchell. Curbed spoke to Borges – also as an instructor at USC Homeless Studio and director of MADWORKSHOP – about the role of architecture and design in solving the LA homeless crisis.

When you ponder the idea of ​​someone having to move several times a day indefinitely, this is a crazy idea. Move everything you own [Homeless residents] really are builders. They are versatile, experimental, and adaptable. And homelessness is absolutely colloquial.

Even just the inventive way people use tarps – some of the students defined this as “tarpitechture”. There is also a bicycle trailer that equips a bicycle with various types of storage components. There are many ideas about mobility and flexibility that then informed the prototypes that the students developed.

A prototype of a protection unit. Photo by Buddy Bleckley

What lessons can architecture students learn when studying tarpitecture and homeless camps?

I think there are a couple of things. On the one hand, you don’t have to be so valuable in terms of materiality to create really surprising and delightful spaces. And that there are so many cheap – or free – solutions for building and converting. Now the students in this class see the world very differently. This is not rubbish. This is the top of my house. Basically, it’s this idea that everyone and everything can have a second chance.

During class, makeshift homes that students had designed for homeless residents of Vernon were confiscated by the city. That must have been frustrating.

I understand it’s not about code, but what exactly was there before? That is to be coded? It’s frustrating because everyone can see it’s helping. We cleared these houses when it started raining and people were dry and safe. They could lock their doors. It was a huge improvement on her life. It wasn’t surprising to have them confiscated, but it was like, “Where is the human race in there?”

That’s why we work with the city [of Guelph] Super accurate and deliberate to make sure the real solution is not only supportive but can last because I never want to do something that just bulldozes again.

These modular “Homes For Hope”, created by MADWORKSHOP and featured in the new book “Give me Shelter”, are just one of the alternative forms of housing we are investigating to help our homeless neighbors get a roof over their heads to get the critical support you need. pic.twitter.com/5eUZ08CpAC

In the book you write that this is a personal project for you because you lost your brother, who was homeless and struggling with mental illness when he died. How has that affected your career and your approach to architecture?

It completely changed my career because it became much more difficult to justify things without social value. It became harder to justify being a designer, designing for those who have money – or talking about design for the upper class and completely neglecting the fact that there are people on the streets who have no protection.

Doctors take an oath to help anyone, and I think as architects we should do the same. We have very specific skills – to offer protection. And shelter should be a basic human right. We have to be responsible for the fact that there is a whole group of people in need of protection, and we don’t offer it.

You call the shelter concept in the book a draft. Do you expect revisions?

There is no ego here; It does not matter that this is the only or the right way to go. This way, the city will support and leave behind – and hopefully it can – but if you have a better idea, give it a try. Let’s just do something. We all just have to do something. There are people out there in the rain and cold and we don’t do anything.

I am all for all ideas, all revisions. But I hope it makes people want to take action because I can’t do it on my own. Nobody can. We need to strengthen our relationships as a community and decide that this is not an acceptable way of living with tens of thousands of people outside of suffering.

This interview has been edited for length and clarity.