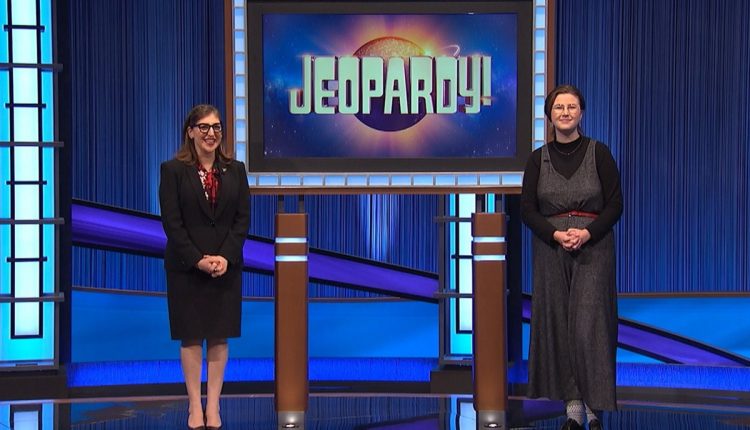 Saunders runs the fan website thejeopardyfan.com and has previously auditioned to be on the show.

As for why Roach is so successful, Saunders pointed out that she has perfected the timing of the signaling device, giving her an edge over new contestants.

“Basically, Mattea’s run has been very much because she has figured out the timing of the signaling device, she is very, very strong in that part of the game,” said Saunders

Attracting roughly 25,000 fans from all over the world to his website, Saunders has been a fan of the game show since he was a toddler, when his dad would tape episodes during the week on a VCR and the family would watch them all on the weekend .

“A few years ago, I realized that there was quite a correlation between a player’s score going into final Jeopardy! and the chances of winning an individual game,” said Saunders. “I realized that there could be some predictive value to that. So, for the past few years, I have been keeping an eye on how every contestant has done with their scores going into final Jeopardy! and having a prediction model taking their previous performance and generating their chances of winning an individual game of Jeopardy!.

“She is a lot of fun to watch, she is very expressive, and I think that’s one reason she has been so successful,” Saunders said. “Her being expressive has kind of allowed her to not get to intimidated at all. She seems very comfortable up on stage.”

Saunders said he believes this is why she has been able to stay consistent over the last 23 games.

Whether you watch the show or not, you’ve probably heard of Roach as she continues to Canadian social media by storm.

The friendly debate as to whether Roach is a Haligonian or Torontonian continues as the Canadian has entered into the fifth-longest win streak in the game’s history behind James Holzhauer.

Saunders said there has not been a contestant that he is aware of whom has brought together Canadians as much as Roach.

“There have been Canadians who have won in the past, we even had a Tournament of Champions winner, but certainly not to the degree we are seeing with Mattea. Before Mattea, no Canadian had even won six games, let alone the 23 she has won.

This, however, can be chalked up to a rule change in 2003 which eliminated the cutoff at a five-game win streak, meaning the past Canadian winners could very well have continued to win past the five-game streak cutoff.

Native soccer goalie returns to Guelph after combating in Ukraine

‘Cuteness alert!’: U of Guelph prof’s fox movies showcase wildlife within the metropolis