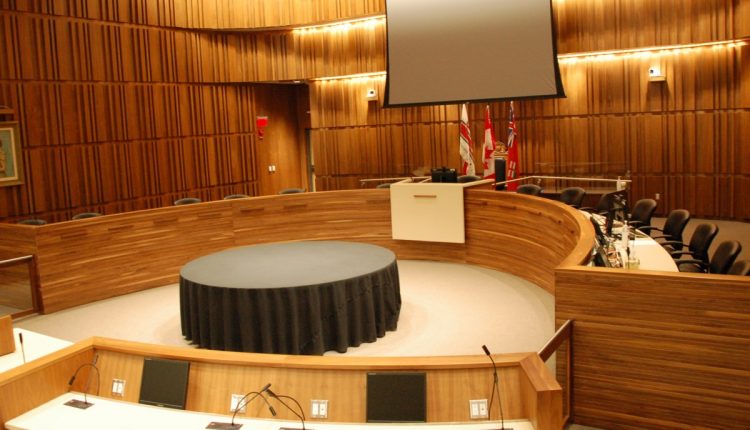 Guelph voters, tear down that wall!

This week’s Market Squared looks at the barriers between those that want change at city hall, and how to get around them.

In preparation for an episode of my podcast recapping the year at city council so far, I’ve been thinking a lot about the broader trends this term. Where is the City of Guelph going? What’s it going to look like in the future? How will it be different 10, 20 or 30 years from now?

Now I’m in the muckrake business, not the prediction business, but I think when we look back years from now, we will understand that this has been a highly consequential term of city council.

Developmentally, this is the term that finally approved the Baker redevelopment, the South End Community Centre, the Clair-Maltby Secondary Plan, and the first review of the Comprehensive Zoning Bylaw in three decades.

Historically, we had big challenges with heritage, but we also made great strides trying to reclaim some heritage elements like the Drill Hall and the OR lands, and we finally found all the remains left behind when Guelph moved its first cemetery.

Technocratically, this was a term that did another once in 30-year review, the one looking at ward boundaries and council composition. We also moved to a multi-year budget system, secured strategic and community plans, and updated city systems of engagement and customer service.

And let’s not forget COVID-19. For two solid years there were no in-person council meetings, but a lot of council business still got done by introducing new degrees of flexibility with a hybrid meeting format where some people can appear in-person and others can appear virtually. In the next few months, staff will be making upgrades to the chamber that will make hybrid meetings even more integrated.

These insights seem kind of superficial though. It’s a recital of directions and decisions made by council, but it doesn’t really get at the circumstances that ended up driving those decisions. Why did we go three decades before revamping the zoning bylaw, or our ward system?

I’m also thinking about these undercurrents as a way of explaining the still pitiful number of people who have filed their election candidacy papers. Here we are, in the last week of July, and as of Thursday night, not a single person has added their name to a ballot this week. Have we created a condition in this city where nothing ever changes, so nobody thinks they can change anything?

If there’s some peace of mind, it’s this is not a uniquely Guelph phenomenon. A story on CTV Kitchener this week highlighted several council races in Kitchener, Waterloo and Cambridge where there’s only one or even no candidates so far. Not only is Cam Guthrie running unopposed here as mayor, but so is Berry Vrbanovic in Kitchener. And there’s right now only one candidate running for mayor of Waterloo.

I don’t want to blame apathy for the lack of volunteers running for office. That’s too easy.

Apathy is defined as a “lack of interest, enthusiasm or concern,” and I don’t think that describes the wide number of people that are actively engaged politically in this city, whether that’s sitting on a board, delegating to council, or even just submitting your two cents in the comments section.

And then I remembered one particular trend I’ve noticed reviewing council meeting notes from this term: A not insignificant number of people that are voicing deep seeded doubts about various directions at the city. The ones who see maleficence or corruption when it comes to parkland or development or other issues.

The reaction at council is always, “How dare you!” but I think the more appropriate reaction would be for councillors to lean in. Why do people feel this way? How can we communicate better? Are we being misunderstood?

Those of us who have questions are not explicitly told to “Shut up”, but the message is sent by the way those people are chastised, called out, and recriminated before council for being mad about something happening in their neighborhood.

Again, council is often the end of the debate, not the beginning, so how often was that person missed throughout the process, and how does that person feel when council doesn’t react to their concerns, but instead reacts to their tone?

It’s a short trip from there to “Why bother?” and that worries me because how many passionate community advocates are now sitting on the sidelines saying, “Why bother?” Staff make recommendations, council ratifies them, and anyone that thinks differently is written off as crank or a kook, at least they are if the objections aren’t slathered in an insincere layer of neutral corporate speak.

I wonder how many people are sitting out this election because they believe the system is unwilling to change. Is it worth the time, effort and sacrifice to push the avalanche back up the hill? How many are seeing the writing on the wall, and it says, “You’re not qualified to do what we do.”

The wall is wrong. Don’t let another election go by without tearing down that wall.