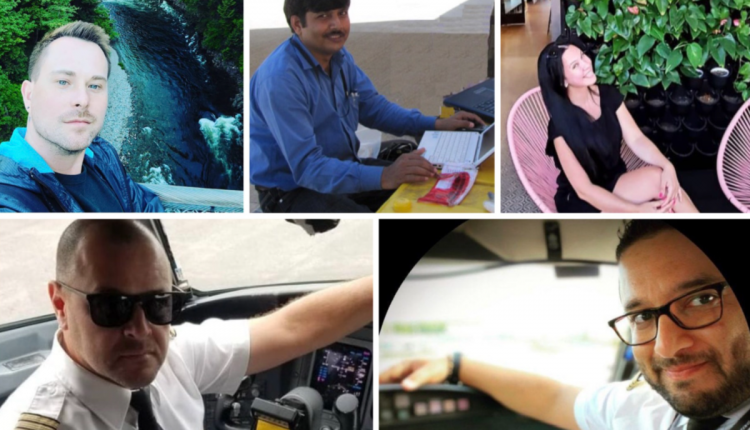 Guelph pilot fears for all times after arrest for drug smuggling

Arrested and detained in the Dominican Republic after reporting the discovery of cocaine on their plane in early April, Guelph pilot Rob Di Venanzo and four crew members may soon be heading back to jail, as the airline, unions and Canadian government seek their release and return home.

“In a shocking move, the prosecutor has recently filed an appeal of the court’s decision to grant our crew bail, despite having no evidence tying them to a crime,” said Pivot Airlines CEO Eric Edmondson via email. “It is now well known that our crew reported over 200 kg in narcotics; placing them back in jail alongside alleged narcotics criminals will put them at serious risk of harm, without the protection of the private security we have hired.

“They are worried that a return to Dominican jail will be a one-way trip.”

The crew members were released on bail and are now awaiting word for their fate while being protected by private security hired by their employer.

During a trip to the Caribbean nation in early April, Di Venanzo Guelph reported a fellow crew member’s discovery of cocaine to Canadian authorities, which was followed by a Dominican Republic police raid and the arrest of everyone on board the plane, the airline and unions explain, despite government claims the arrests came after it received a tip about drug smuggling.

About 200 lbs of cocaine was seized, confirms a news release from Dominican Republic’s National Directorate for Drug Control.

“It is entirely unacceptable that our members have been thrown in jail for doing their jobs, and dutifully reporting a crime,” said Capt. Tim Perry, president of Air Line Pilots Association International Canada in a news release, issued jointly with the Canadian Union of Public Employees and Uniform, which each represent members of the crew. “We are urging the Canadian government to take serious action and help bring our crew home.”Following their arrest, the crew was sent to jail where they were “subject to threats against their lives, inhumane treatment,” said Edmondson.

Reports of their treatment include being kept in crowded cells measuring 13 feet by 13 feet, undergoing numerous threats and extortion attempts from inmates, deprivation of food and water, and being limited to the area around a hole in the floor used as a toilet.

“We’re five airline flight crew members that are in a living hell, all for doing the right thing,” Di Venanzo, who couldn’t be reached by GuelphToday for comment, told canada.com.

They were released on bail later in April, though the prosecution has filed an appeal of that decision and is seeking the crew’s return to jail.

“The Canadian government needs to do all in its power to bring the Pivot Airlines crew safely back home,” said Scott Doherty, executive assistant to Unifor’s national president, in the news release. “Our member is a part-time worker, who had the misfortune of becoming entangled in a dangerous situation, after finding and reporting illegal drugs onboard. Our union joins his family and friends in their concern for his safety. We need the federal government to intervene immediately.”

“While we are grateful for the support of the Government of Canada in improving the safety of our crew to date, the simple fact is they have not done enough to safely return our crew to Canada. Our crew misses their families,” said Edmondson. “They fear for their lives, as well as their mental and physical wellbeing. And they want to come home.”

Efforts to reach MP Lloyd Longfield for comment were not immediately successful.

Attempts to reach Di Venanzo, who has done several media interviews, were unsuccessful.