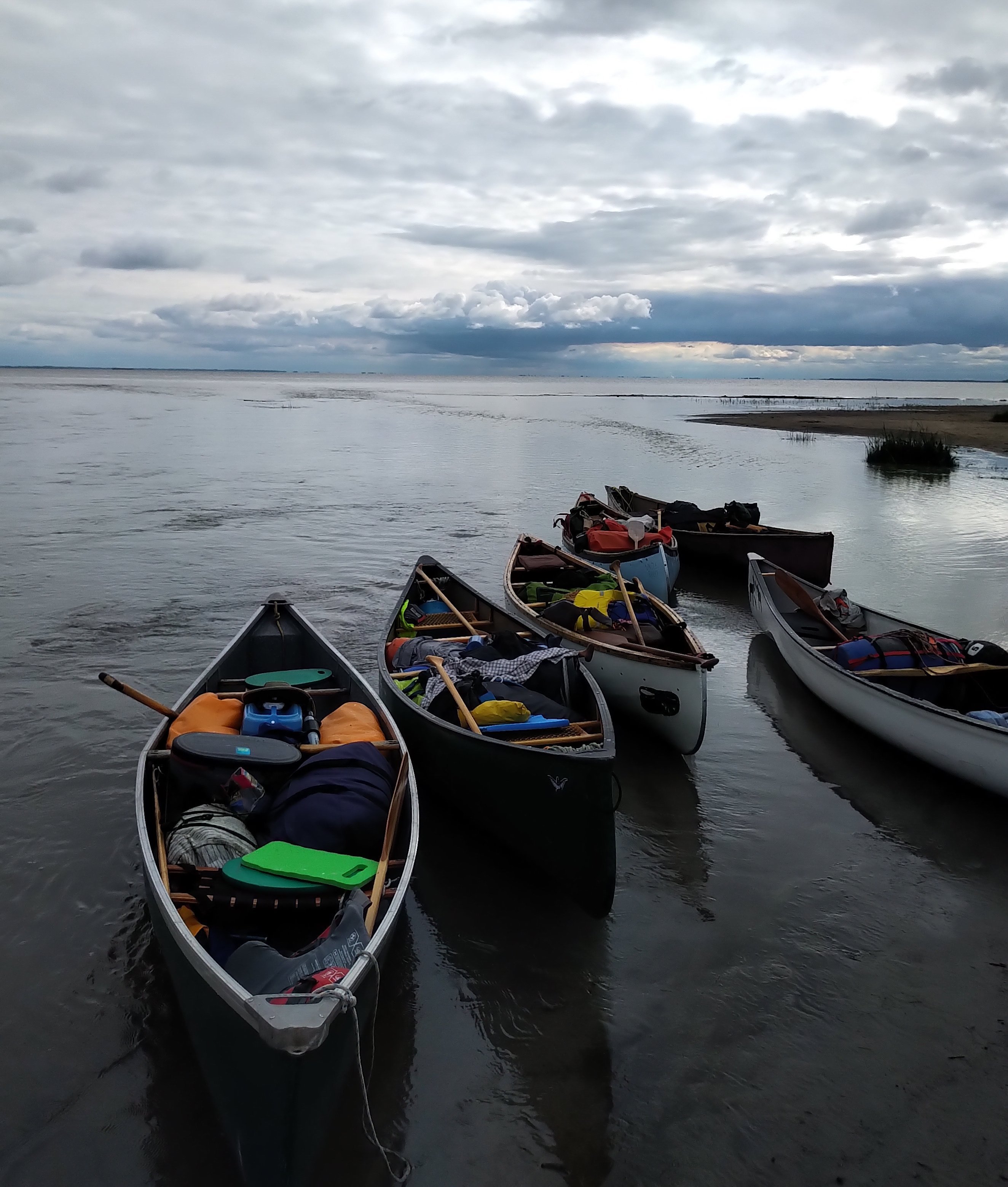 The travellers make their way through the Bas-de-Sainte-Anne region of Quebec.

Arriving in Quebec City by canoe may seem hard to imagine for some. Still, for one local family, it’s just the latest leg of a remarkable journey that started several years ago on Guelph’s Speed River.

With family members as his travelling companions, Jeremy Shute started the “Speed to Sea” journey in 2017 to travel from Guelph all the way to the Atlantic Ocean by canoe, exploring the communities along the way and the waterways that connect them.

Paddling only a week or two each summer, Shute has still not completed the trip, but he has been enjoying what he calls his “hardworking holiday” each year.

This year, with a total of 12 paddlers in the crew, the group travelled for eight days in August, starting in Berthierville, Que., about two days downstream from Montreal, and ending in Quebec City.

It was Shute’s third year on the St. Lawrence River, and he said the beauty of this large waterway was one of the most remarkable things about this year’s trip.

“People think of it as a polluted waterway,” Shute said. “It’s actually spectacularly beautiful down there.”

With the paddlers encountering tides this year, it’s safe to say the journey is almost complete. As the river widens, the journey becomes more perilous, and the paddlers will soon have to call an end to it, said Shute. But there’s just one thing they would like to see first.

“If we could see a whale from a canoe, that would be really cool,” he said.

Shute shared the following photos from the 2022 leg of the journey.

Canoes, loaded with supplies needed for an eight-day paddling excursion, can be seen parked at the mouth of the Yamachiche River at Lac Saint-Pierre, early in the 2022 leg of the Speed to Sea journey. 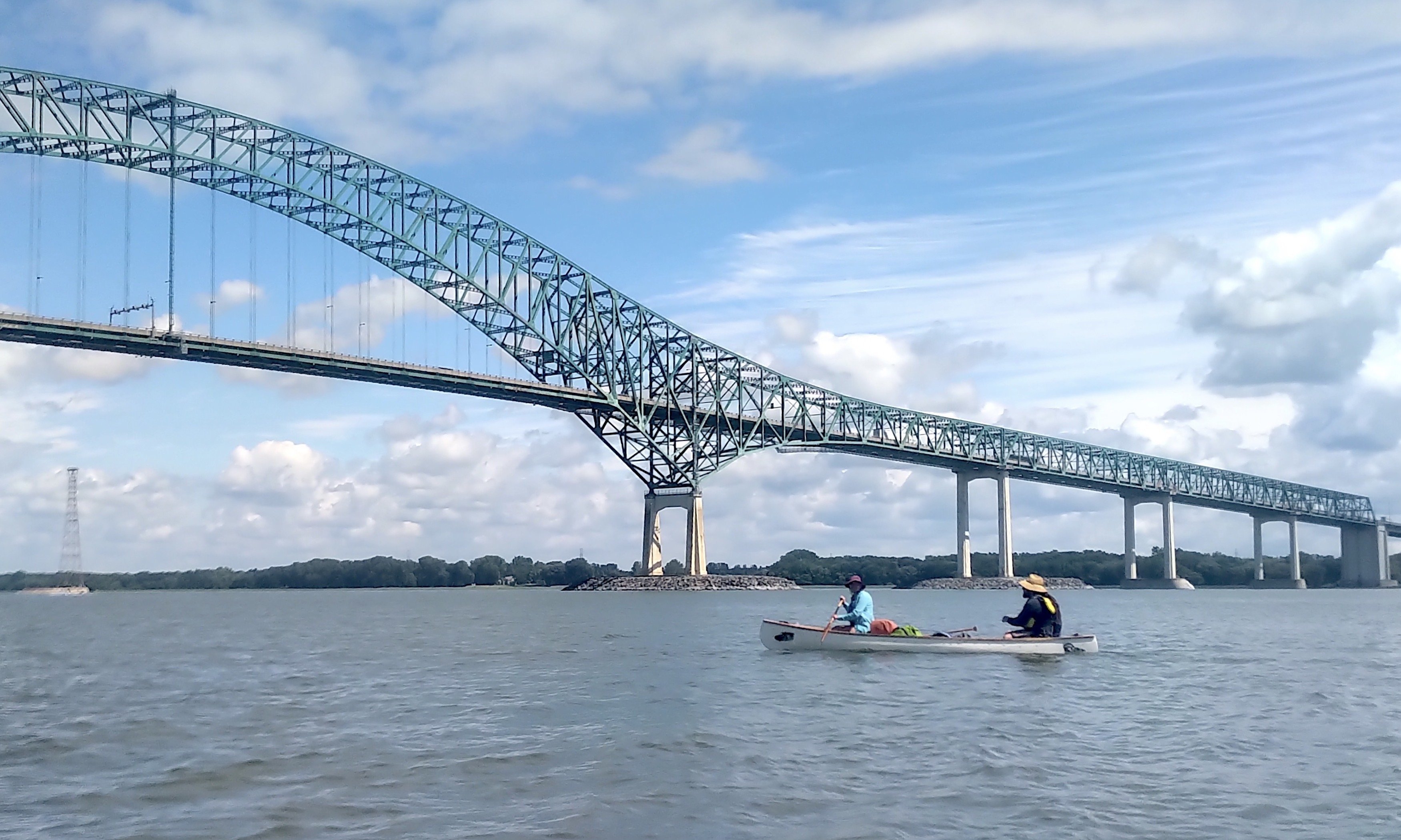 Leslie Howarth and Jason Shute make their way under the bridge at Trois Rivières, Que. 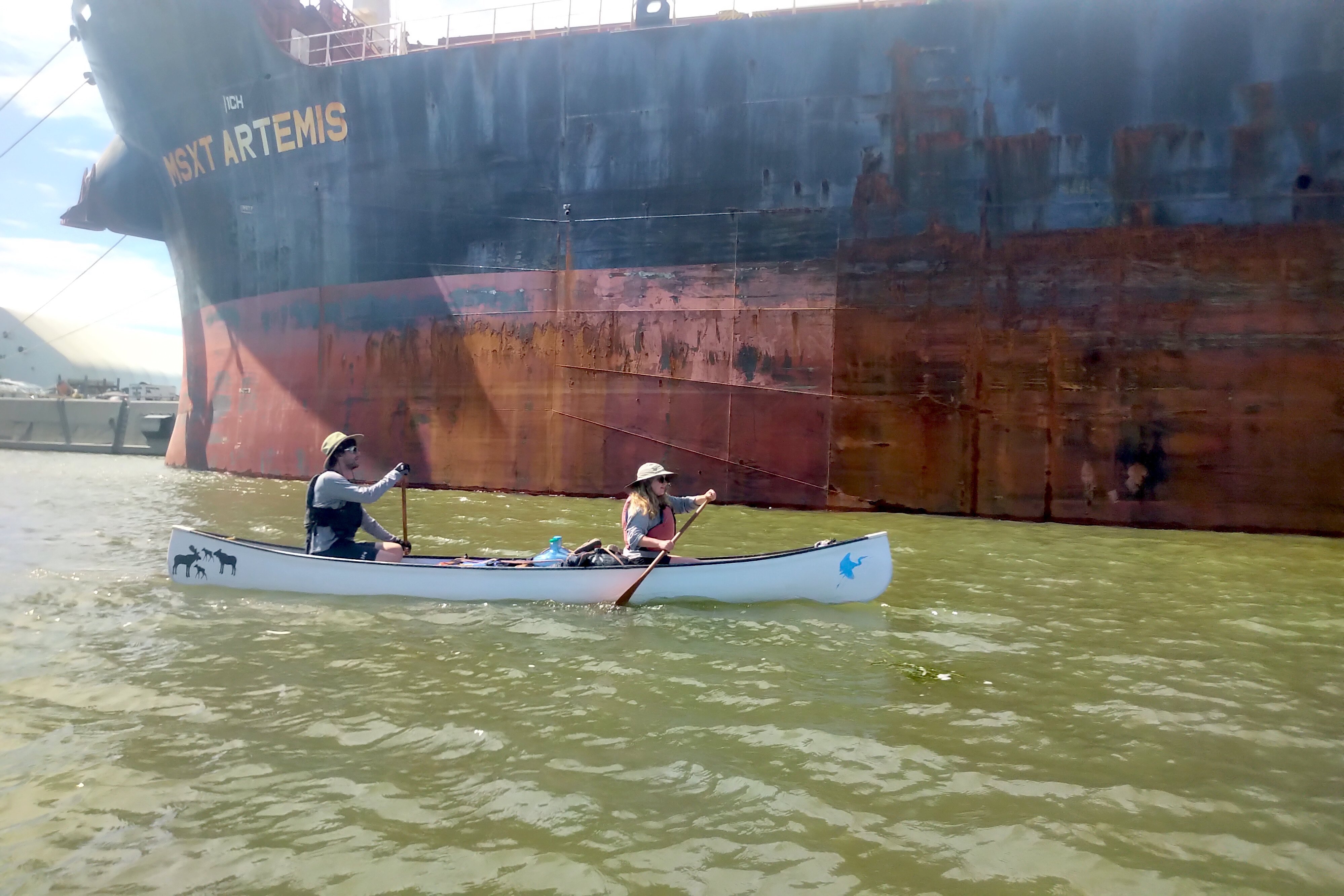 Julian and Natalie paddle past a huge ship being loaded in Trois Rivières. Having to share the waters of the St. Lawrence with large cargo vessels was one of the more unnerving aspects of this year’s leg of the Speed to Sea journey. 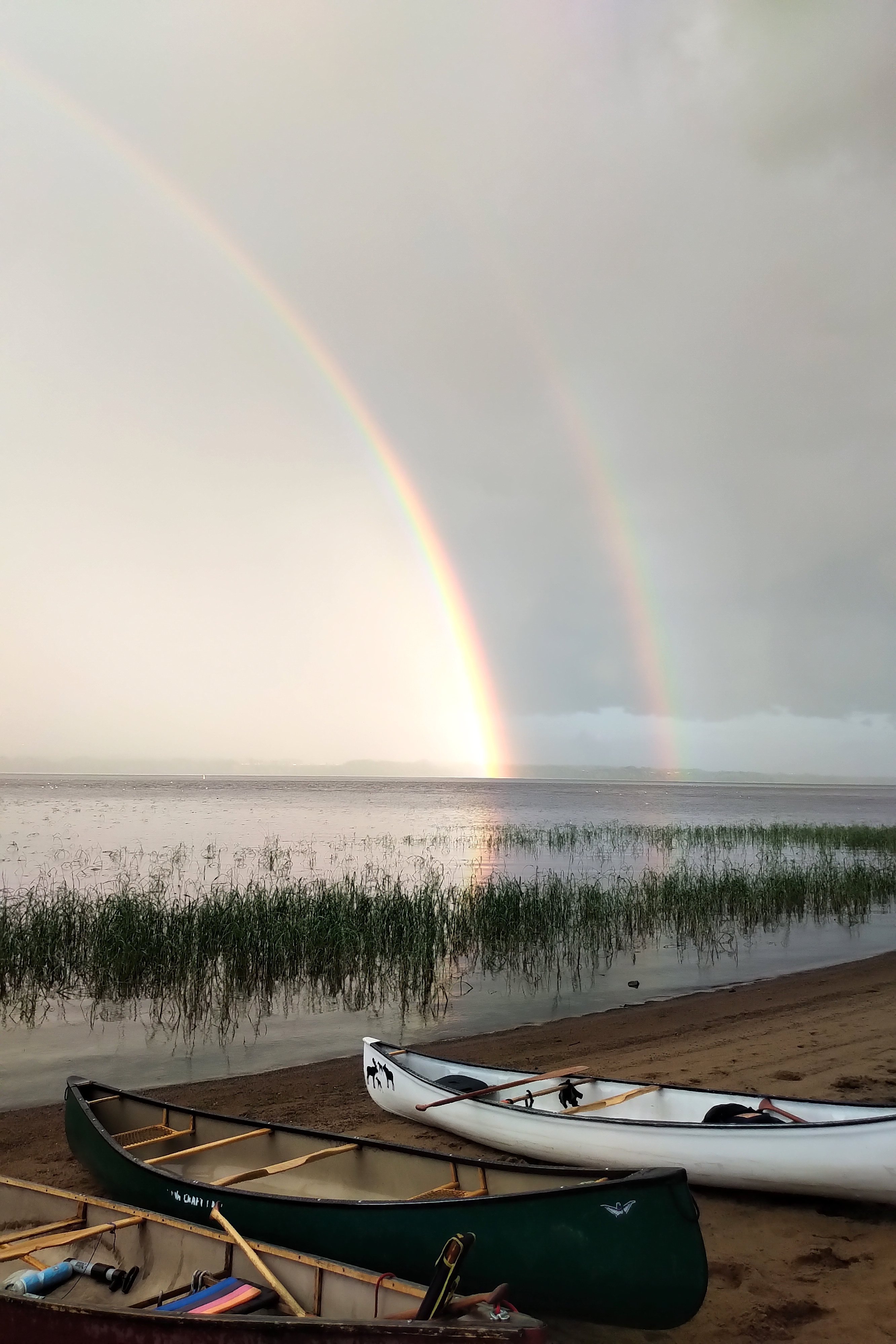 A double rainbow on the beach where the Speed to Sea travellers camped near Batiscan, Que. Rain-soaked their dinner, but that didn’t matter much to the hungry travellers. 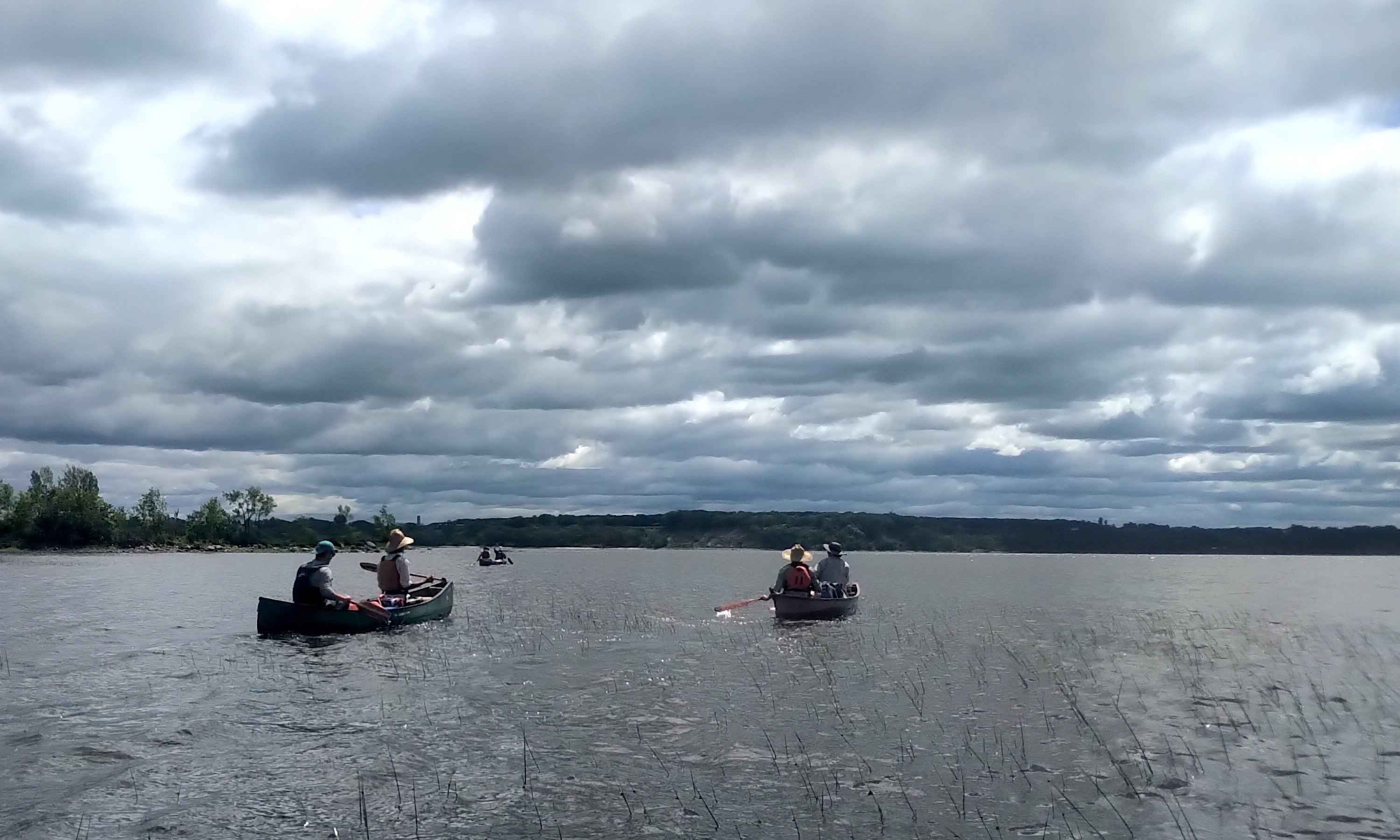 The travellers make their way through the Bas-de-Sainte-Anne region of Quebec. 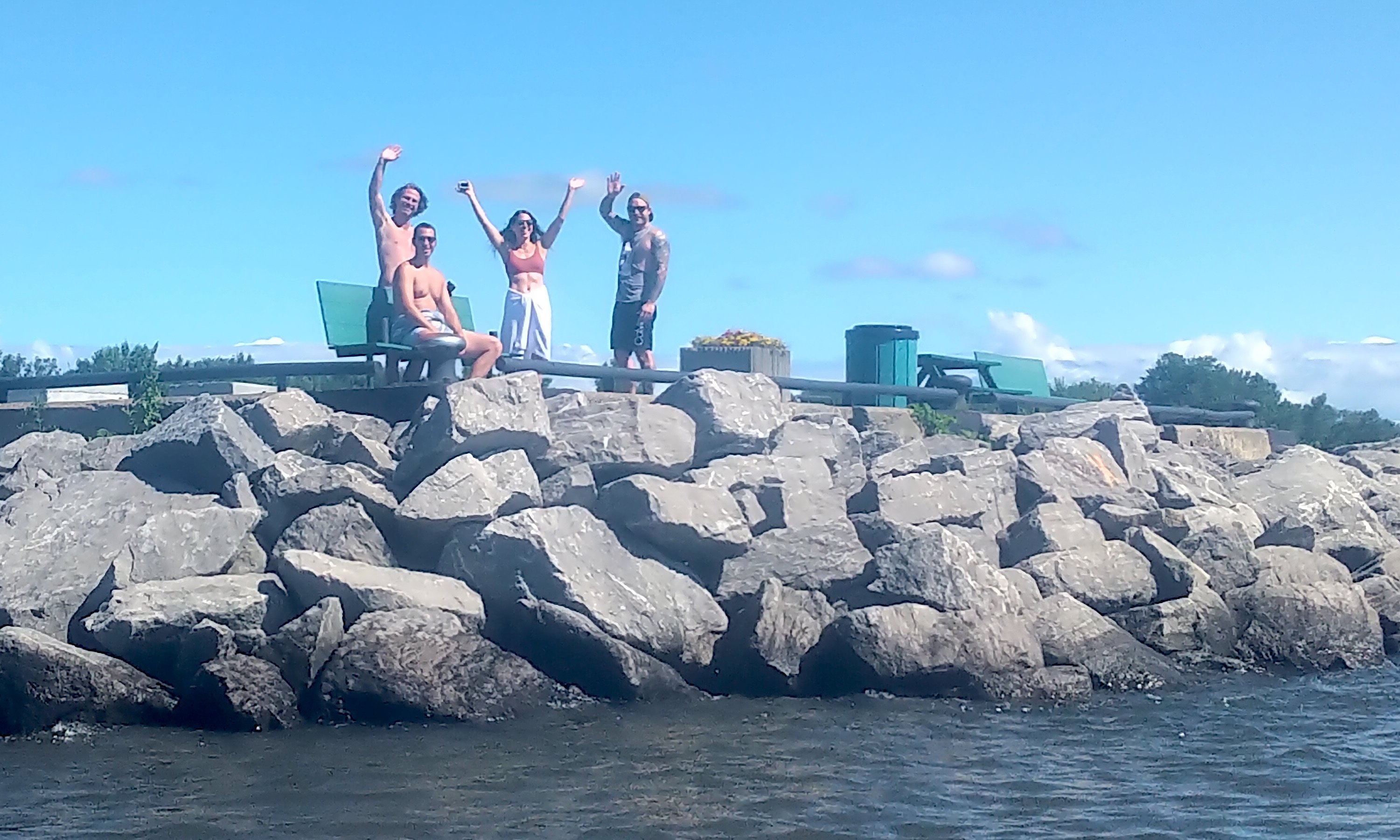 The Speed to Sea paddlers had an interesting send-off from this group they met in Deschambault, Que., who blasted the theme song from Titanic, while waving goodbye from the shore. 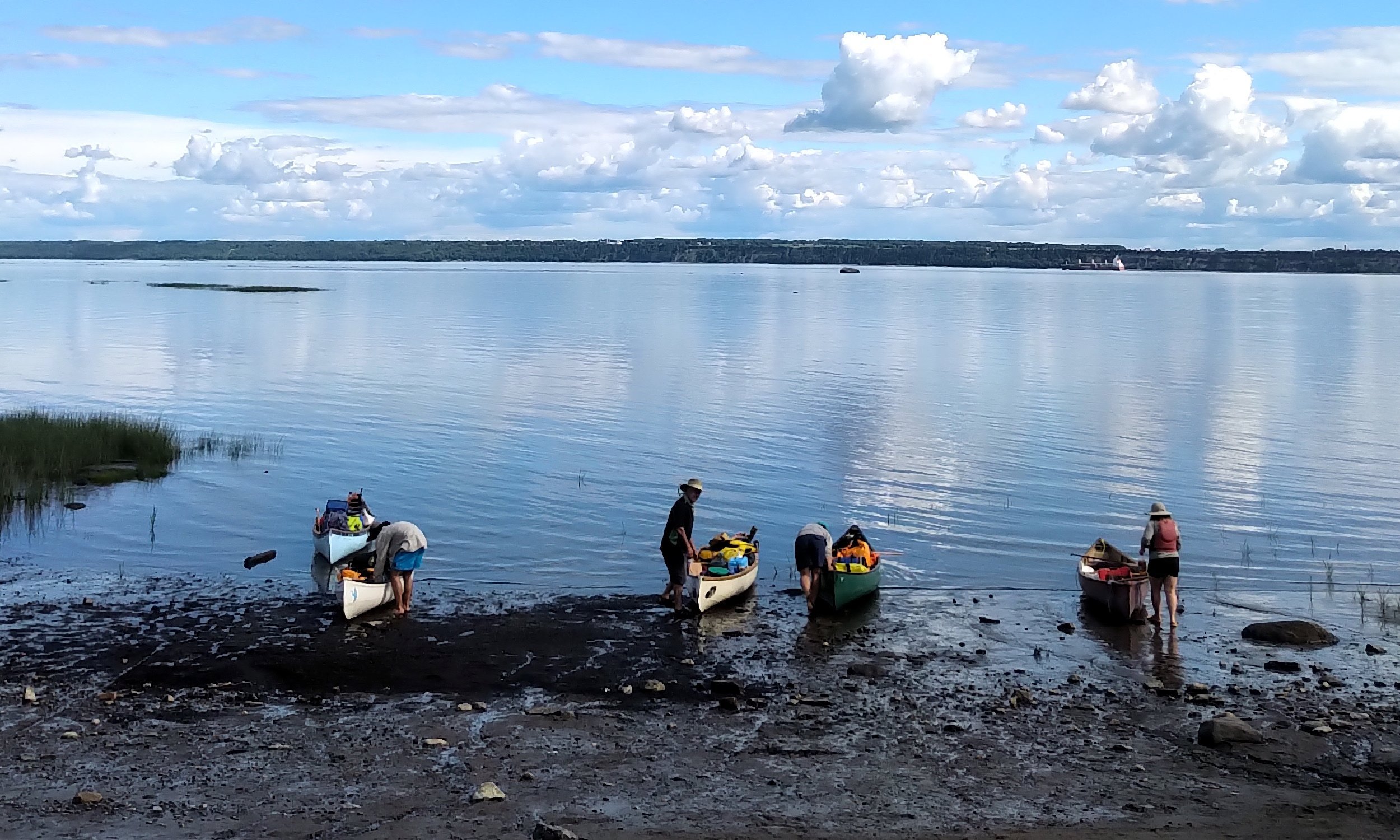 The paddlers stop for lunch in Donnacona, about 40 km west of Quebec City. They found an abandoned wastewater treatment plant there and took some time to explore the site before continuing their journey. 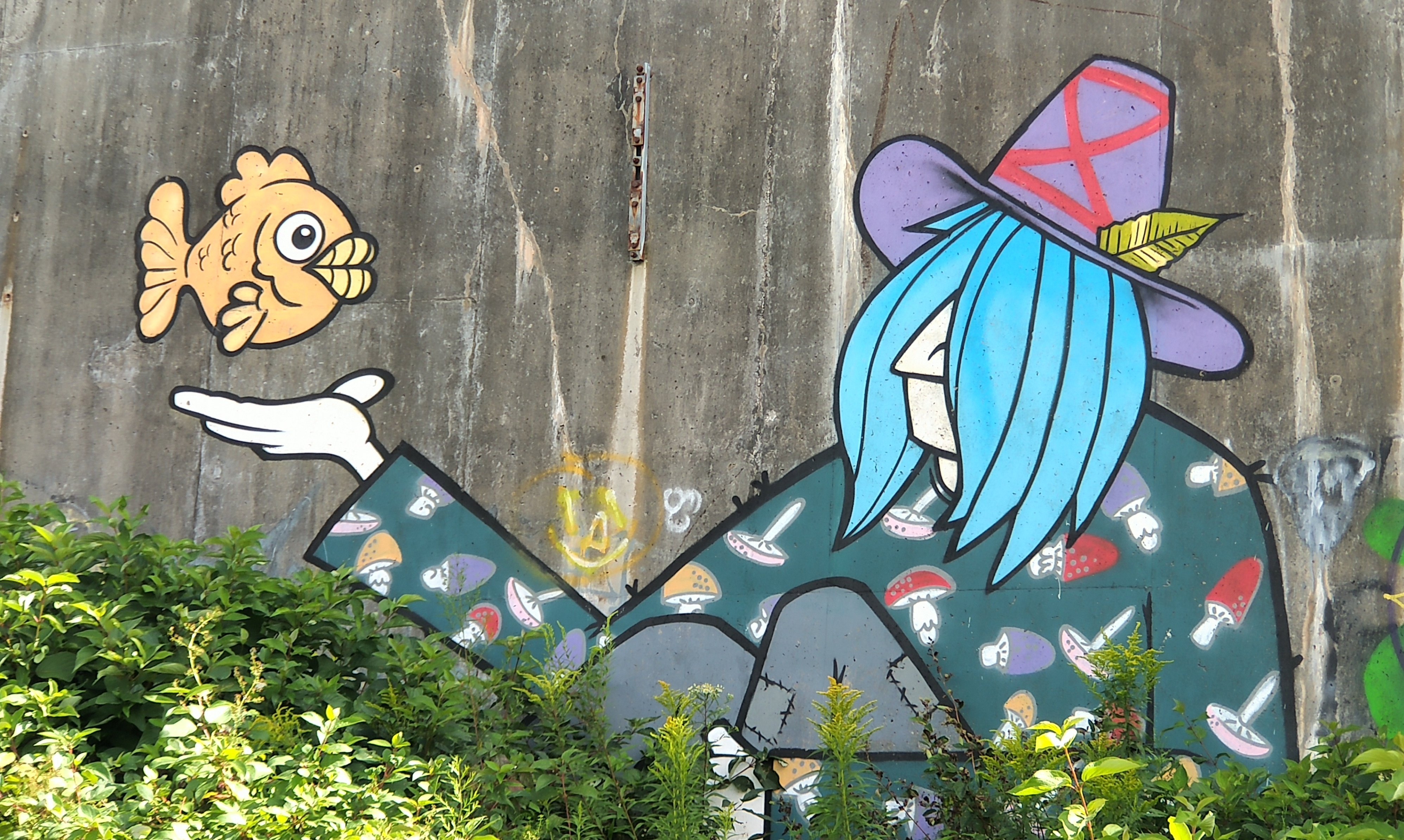 Just one example of the interesting graffiti discovered by the Speed to Sea paddlers at the abandoned wastewater treatment plant in Donnacona, Que. 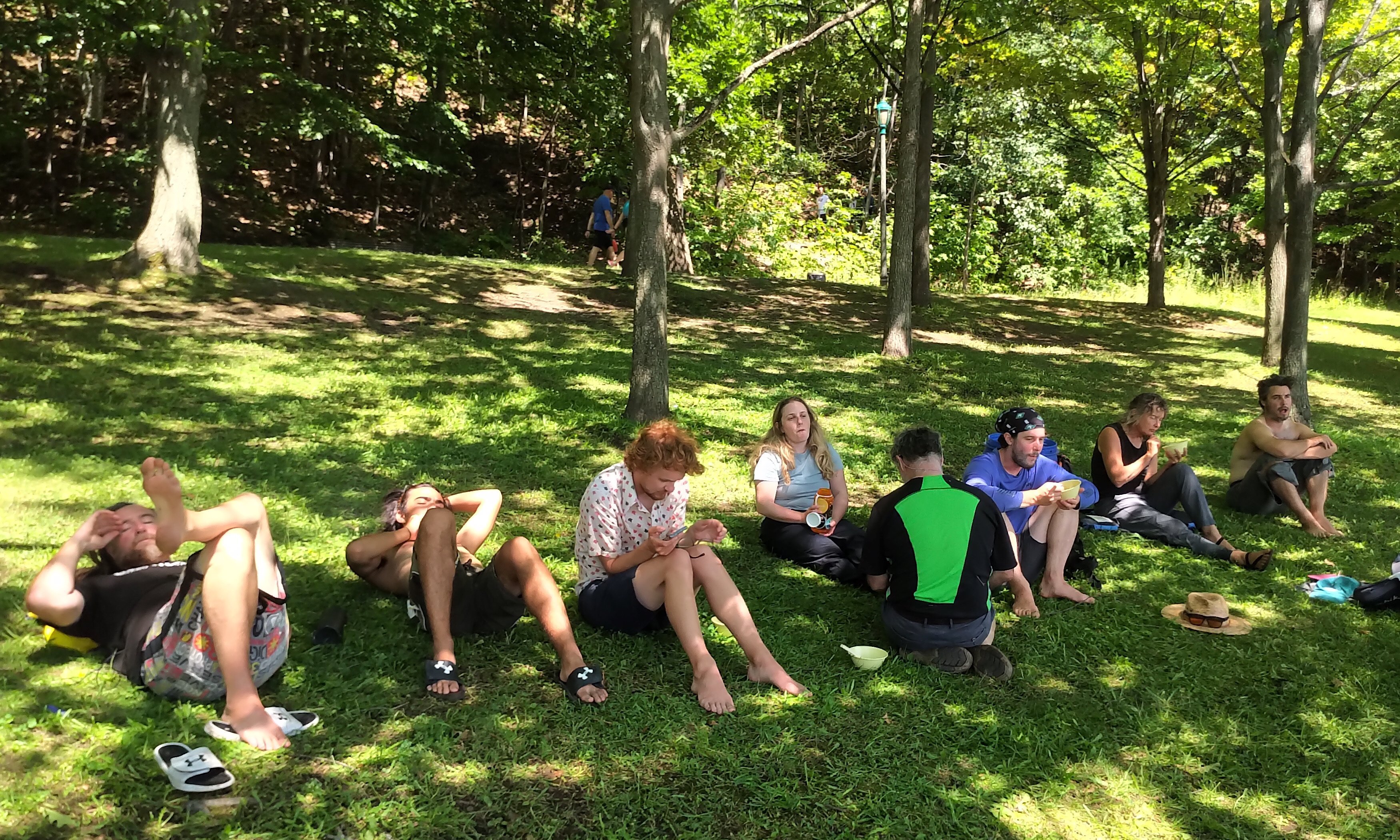 Members of the 2022 Speed to Sea crew, from left, Jason, Nolan, Kofi, Natalie, Frank, Julian, Leslie and Michael take a break for lunch at Cap Rouge before paddling into Quebec City. 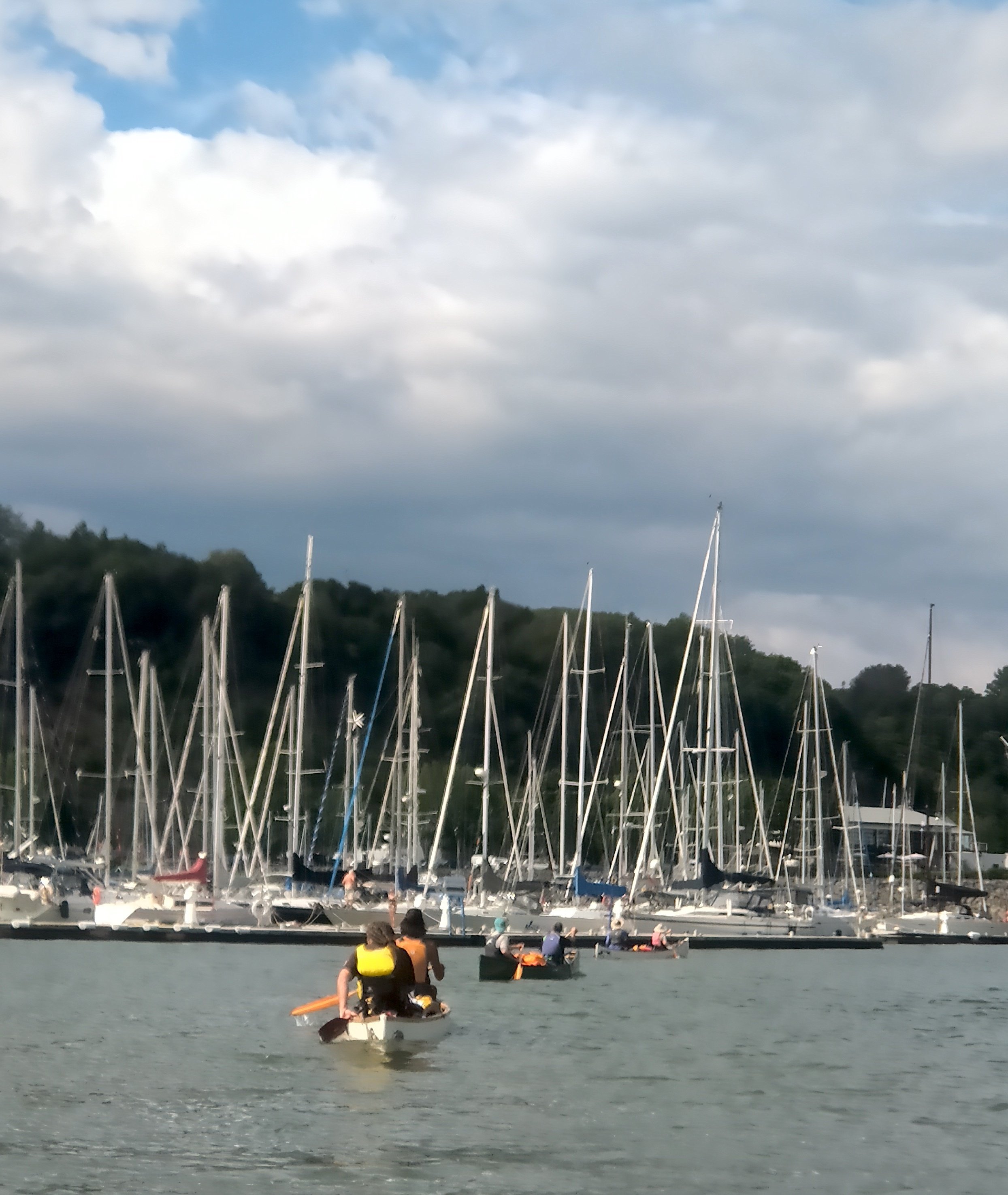 The Speed to Sea crew arrives at the Quebec Yacht Club in Quebec City, where their boats are the only canoes. 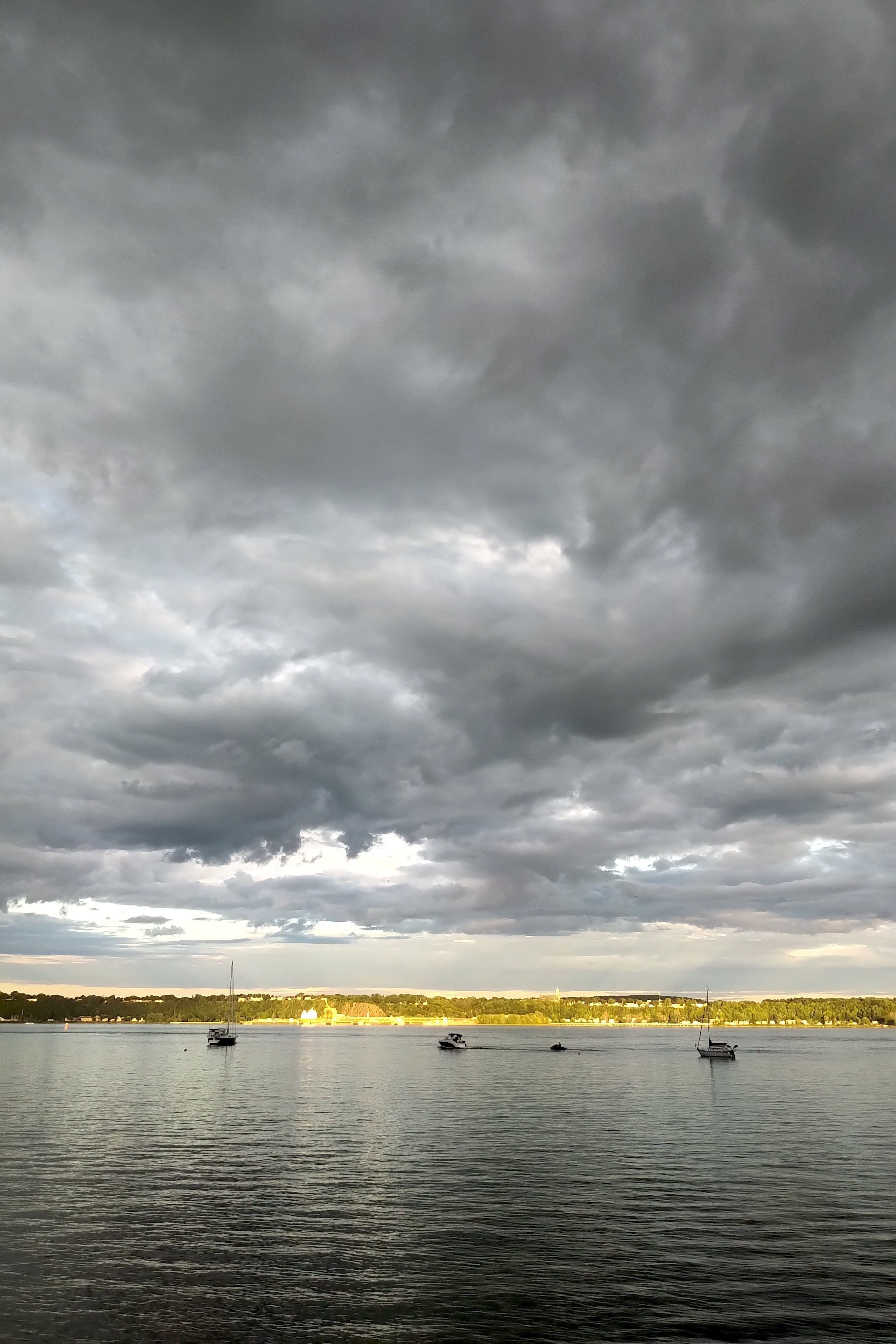 A view of the St. Lawrence River from the Quebec Yacht Club in Quebec City. The club allowed the Speed to Sea crew to park, camp and use its facilities. 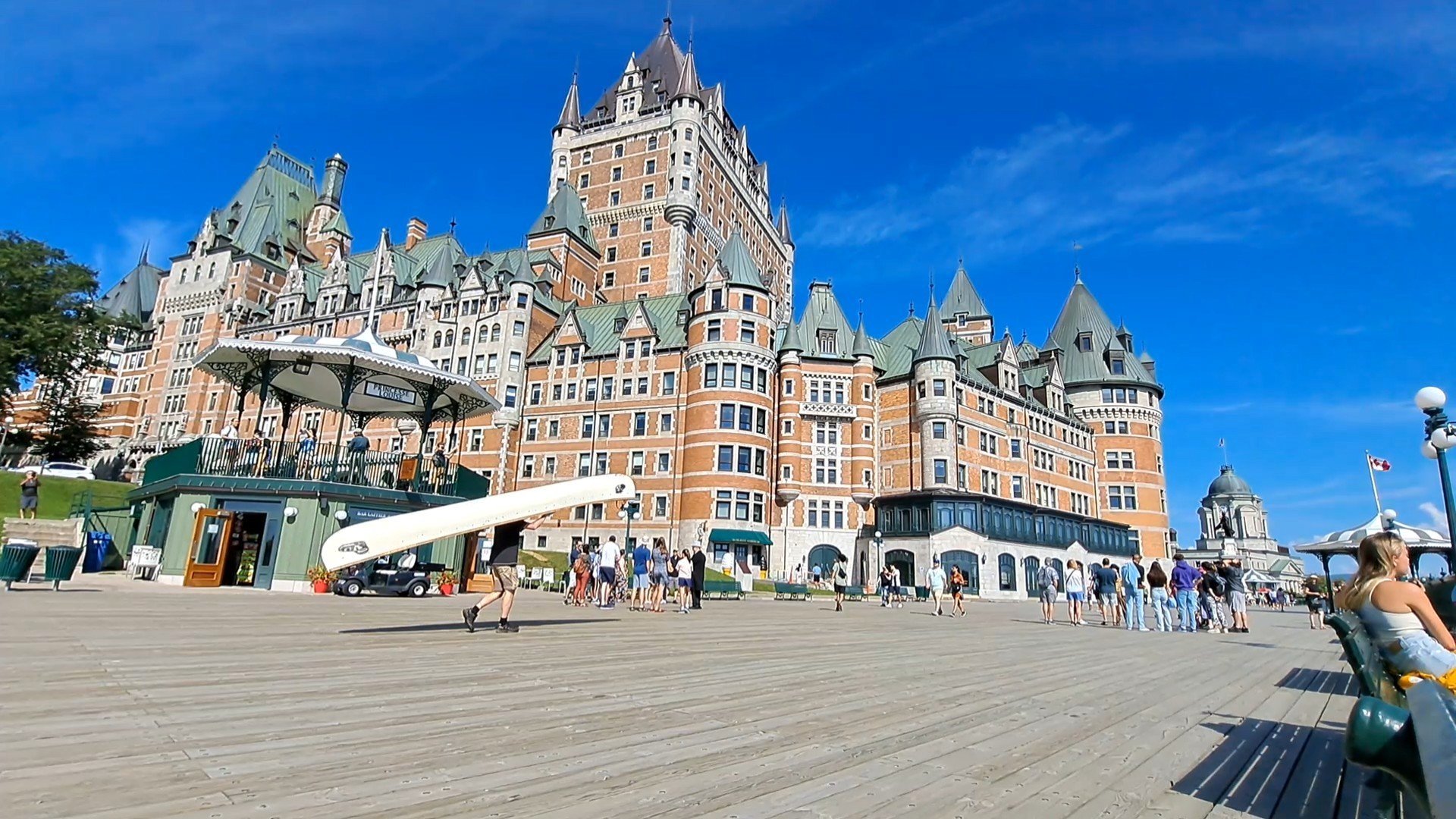 A portaging paddler is likely an unusual sight on the boardwalk by Quebec City’s Chateau Frontenac, but it is all part of the journey for the Speed to Sea crew.

RED CARPET: Company get pleasure from a Style of Guelph for a very good trigger