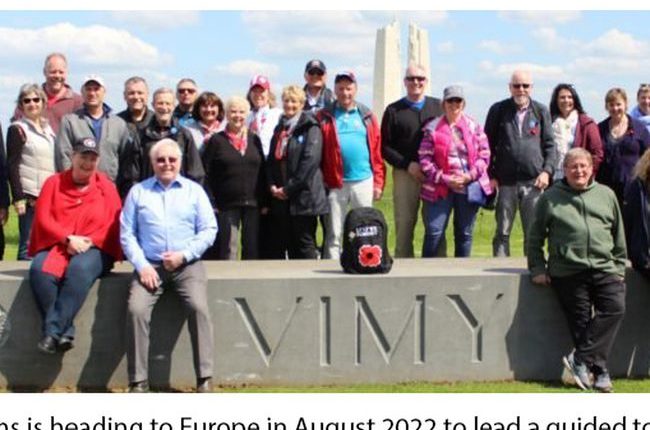 In honour of the 150th anniversary of John McCrae, Guelph Museums will head to Europe this summer for a guided tour that will trace McCrae’s footsteps in Belgium and France during the First World War.

The tour, which will run from Aug. 19 to 29, will explore the impacts of the First and Second World Wars on the ground in Europe and at home in Guelph, “contemporizing the McCrae narrative while reflecting on memorialization, remembrance, and untold stories,” a news release said.

There will also be music and theatre performance by Mike Ford and Murray Foster, whose “Sons of ’17” production has been featured in McCrae House Backyard Theatre events.

The tour will also include a memorial event at Lt. Colonel McCrae’s gravesite at Wimereux Communal Cemetery.

The McCrae 150 Memorial Tour marks the second time Guelph Museums has led a McCrae-inspired tour in Europe. In 2018, the museum guided 30 travellers on a sold-out trip to mark the 100th anniversary of the “In Flanders Fields” poet’s death.