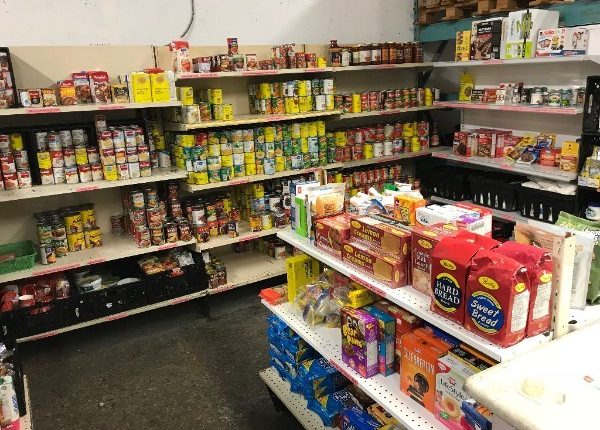 The Guelph Food Bank is looking for its spring food drive to bolster the pantry stock as inflation rises and the food bank begins to enter the traditional summer slow-down for donations.

The spring food drive will begin on Thursday and run through April.

The food bank was able to keep its shelves stocked through the initial first wave of inflated grocery prices due to the communities generosity in December.

“Really, it’s just that time of year, it is quieter in general,” said Pauline Cripps administrator at Guelph Food Bank. “The people that donate tend to have a little bit of extra to donate, so we haven’t really noticed any huge differences yet.

Cripps said the best indication of how the current inflation of food prices will be impacting donations will be evident when the food drive ends on April 24.

To help meet this increased need, Zehrs, and No Frills are preparing to launch their annual spring food drive, which will run from March 31 through to the Easter weekend.

Community members are encouraged to make a food or monetary donation in-store, which will go directly to support the Guelph Food Bank.

“That food drive is a really important food drive because it tends to run at one of our quietest times of the year and we try and bring in as many non-perishable donations as we can in that time frame because that’s what keeps us going during the summer when all the schools shut, a lot of businesses shut down, that when a lot of our donations drop,” said Cripps.

The food donation cycle typically sees plentiful donations around the holiday season in December, tapering off until the spring food drive and a large reduction in the way of donations until the Thanksgiving food drive.

Schools being back in person means there is hope the spring food drive will see a larger batch of donations, as students and schools are a big driving factor of spring donations.

“Only time will tell. It’s very challenging to know because we deal with donations, it depends on schools, how many people are doing fundraisers,” said Cripps. “We are hoping that because schools are back in session we, and kind of some relative form of normal, that we might see increased donations and collections from there.”

In Cambridge, the Cambridge Food Bank is noticing a different trend and has seen a significant drop in the number of items in customer donation bins.