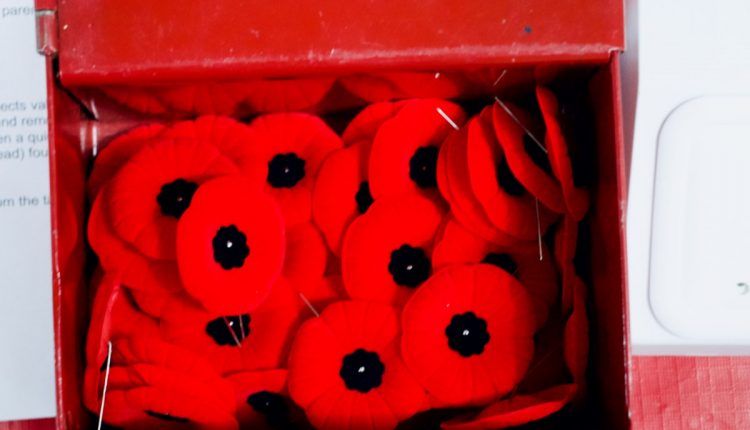 Last year, even with the pandemic, local legion earned $97,000 through poppy campaign

GUELPH — Poppies earn money to support veterans, but also help people think about the sacrifices of those who served.

“We are out there trying to help people take time, stop, and think and remember those who served and those who served and gave up their lives to maintain the freedoms that we currently enjoy in this country,” said David Thompson chair of the poppy campaign at Guelph’s Royal Canadian Legion branch.

Thompson is confident in the donations to be raised this year.

“I’m quite confident that we’re going to break over a $100,000 on this particular campaign.”

Even during the pandemic, significant donations were raised in Guelph.

Donations in Guelph are pooled into a fund to be used.

“We are collecting donations towards a poppy trust fund that is held by our branch, as all branches have this particular fund, and from that fund we tend to then support, first of all, veterans.”

The poppy trust fund goes to support local hospitals and other causes.

“And there are number of other programs out there that veterans receive some additional support, especially in the area of ​​homelessness. There is a big push to get veterans off the streets.

“We also provide programs that address specific injuries, or health conditions that veterans may come across after their service.”

Donations are also used to support family members of veterans.

“Along with that we provide bursaries for members of veterans families to attend higher learning situation.”

The poppy campaign will go from last Friday until the end of ceremonies on Nov. 11. After that, donations are counted.

It takes money to put on the poppy campaign.

“Our expenditures are probably in the neighborhood of about $15,000. You have to understand that also includes poppies, wreaths, supplies of various kinds.”

Jesse Gault is the Local Journalism Initiative reporter for GuelphToday. LJI is a federally funded program.

Calgary gross sales fall 15% in Oct., however on monitor for report yr: actual property board