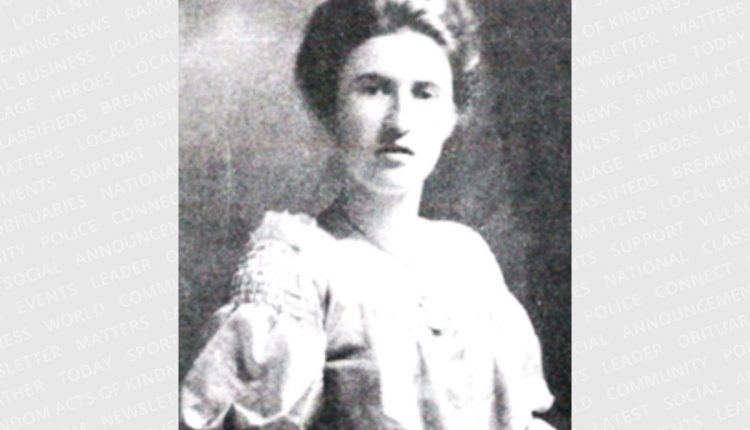 Previously this column space carried the story of Charles Zavitz, the agricultural genius whose work with food crops brought added renown to an already famous institution, the Ontario Agricultural College – now the University of Guelph. But helping to increase world food production hasn’t been the only exceptional contribution of Guelph’s great center of learning. It has also loomed large in the world of horticulture.

Early in the 20th century, British landscape artists Howard and Lorrie Dunington-Grubb brought the concept of the English garden to Canada – a country where, up to that time, the only plants most people cultivated were ones they could eat. The Dunington-Grubbs founded Sheridan Nurseries on land that is now part of Mississauga. With the assistance of their manager/landscaper, Danish-born Herman Stensson, they grew the company into an enterprise that has been thriving for over a century.

Members of the Stensson family studied at the OAC/UG, as did Sheridan’s longtime chief horticulturist, the late Larry Sherk. However, a contemporary of the Dunington-Grubbs and Herman Stensson was on the OAC staff. She was an exceptional woman who was trying to establish herself in a male-dominated science.

Isabella Preston was born in 1881 in Lancaster, England. She learned her love of gardening from her parents and said in later life she was “born with green fingers.”

As a small child she helped with the family vegetable garden and maintained her own flower garden. At boarding school, in addition to academic subjects, she was taught domestic arts and how to play the piano. Preston went on to study at Swanley Agricultural College. At that time, flower gardening in England was undergoing change due to a great variety of new plants coming into the country from places like South America and China. Plant breeders reveled in the growing diversity.

After her mother’s death in 1912, Preston decided to move to Canada. She chose Guelph because her sister Margaret was already living there and working as a music teacher. She got a job picking plums and berries on a fruit farm, and then enrolled in the OAC to study horticulture. She had little support from friends, who said women should pursue gardening only as a hobby.

In 1913, Preston dropped out of formal studies to work as an assistant to professor JW Crow in the Department of Horticulture. She began with experimental cultivation of strawberries, and then expanded into maintaining the greenhouse and the vegetable gardens. Working with Professor Crow, Preston began to learn about plant breeding and hybridization.

During the First World War, the government urged homeowners and farmers to increase food production. Plant breeders focused on fruit and vegetables. Preston was involved in breeding fruit that ripened quickly and was more resistant to insects and disease. She became the first professional female hybridist in Canada.

While Preston worked on food crops, she maintained her love for ornamental plants. Among her favorites were columbine, Siberian iris, lilac, crab-apple and the rose, all of which she developed into hundreds of hybrids. But she had a particular fondness for lilies.

The lily had become popular with Canadian gardeners after the introduction of an attractive, hardy variety from China.

Preston’s cross-breeding of lilies suffered a major setback in the winter of 1917-18 when extreme cold killed all of her seedlings. But she persevered, and in 1919 she presented to the world a magnificent new hybrid lily which she named after OAC president George C. Creelman. This plant (officially called Lilium x Imperiale) proved to be incredibly popular, and in 1934 it won the Award of Merit from the Royal Horticultural Society. Plant breeders as far away as Australia used it to make further hybrids.

Unfortunately, by the 1940s the Creelman had disappeared from Canadian gardens.

In 1920 the Dominion Horticulturist for Canada, William T. Macoun, invited Preston to work for the Central Experimental Farm in Ottawa. Officially, she was a day labourer, due to a civil service policy that discriminated against the hiring of women. However, she was there to do experimental work, and she was in fact the first CEF employee to specialize in ornamental plant breeding.

After two years, Preston was officially recognized as a specialist in ornamental horticulture. She eventually became Dominion Horticulturist, overcoming the strict gender prejudices of the time. She even advised Prime Minister William Lyon Mackenzie King on landscape design for his Kingsmere estate at Gatineau, Quebec.

Many of the ornamental plants brought to Canada from other countries did not do well in the Canadian climate. Preston worked with them to produce species that were hardier and more disease-resistant. She named her new plants after Canadian lakes and rivers, Indigenous peoples, Shakespearean heroines, British fighter planes, and stenographers from the horticultural society. She also wrote articles and books on horticulture and answered letters from professional and amateur gardeners all over the world.

Preston received prestigious honors and awards for her work, including lifetime memberships in the Canadian Iris Society and the Massachusetts Horticultural Society. In 1956, the North American Lily Society established the Isabella Preston trophy in her honor.

Preston retired to Georgetown, Ontario, where she kept a beautiful home garden and continued to serve as an advisor for the CEF. She died in 1965.

‘Thanks, Guelph’: Mike Schreiner appears to be like forward, and again