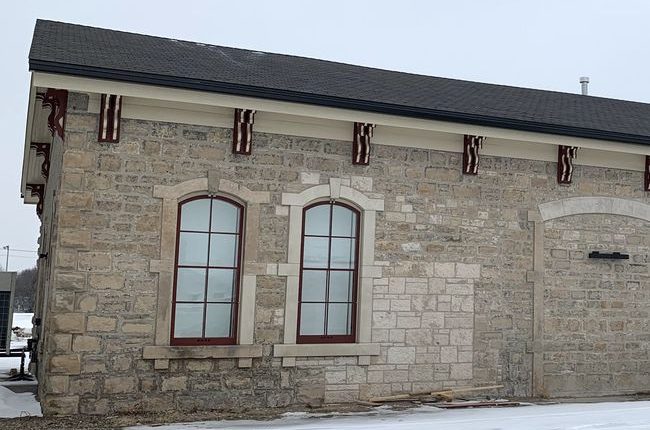 The restoration of this 1879 building at 29 Waterworks Pl. has earned a Lieutenant Governor’s Ontario Heritage Award for excellence in conservation.

The City of Guelph has been rewarded for its efforts to restore and repurpose a 19th century pumping station with an award from the Ontario Heritage Trust.

Located at 29 Waterworks Pl., off York Road, the industrial building had most recently been used for storage, but had fallen into disrepair. The recent restoration project has seen it turned into a contemporary administrative space for the city, earning it a Lieutenant Governor’s Ontario Heritage Award for Excellence in Conservation.

“On behalf of the project team, including city staff and Baird Sampson Neuert Architects, I’m excited and proud to receive this award for their work to restore a part of Guelph’s history,” city environmental services manager Emily Stahl said during the virtual awards ceremony on Feb. 24.

The project “focused on restoring the scale and grandeur of the space,” removing a mezzanine level that had been added in the 1970s and creating cathedral ceilings for a studio-like workspace, the Ontario Heritage Trust website said in the award listing.

“This project provides an exceptional setting that celebrates the building’s history and retains significant heritage features of the interior and exterior,” it said.

The building is protected with a designation under the Ontario Heritage Act.

Native soccer goalie returns to Guelph after combating in Ukraine