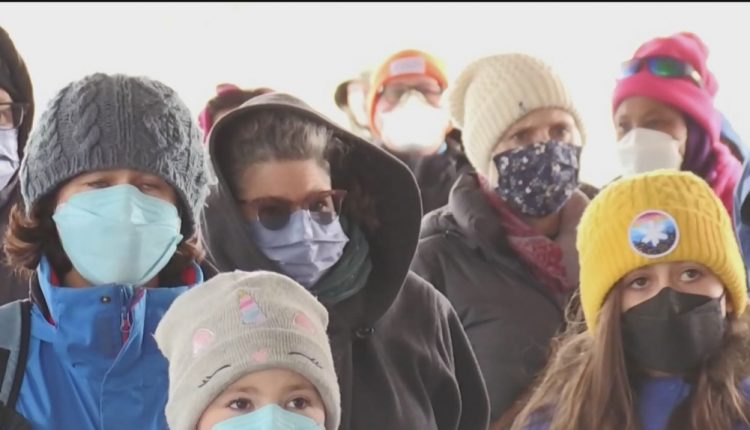 
Residents in Guelph marched from city hall to Fixed Gear Brewing Co. on Saturday, many carrying Ukrainian flags, in a sign of support for the people of Ukraine.


While members of the Ukrainian community in Guelph have already held events of solidarity, they said this event was different because it was put on by non-Ukrainians looking to help.


“Other people are standing up and saying, ‘We’ve got to stand up for peace. We got to do our part,’ and that speaks volumes to the character of Canadians, of Guelphites, where we come in solidarity, true solidarity,” said Father Andrij Figol of the Ukrainian Catholic Church of Guelph.


Guelph Coalition of Active Transportation partnered with Fixed Gear Brewing Co. for the event. A donation table was set up, and the brewery donated one dollar for every beer sold, which will also be matched by Granite Homes.


“All of our customers and the whole city, and the community and the country, I think are impacted by this and people want to give,” said Mike Oosterveld, president of Fixed Gear Brewing Co.


One of the walkers, Alyse Owsiacki, said some of her family and friends have managed to get out of Ukraine, but others are stuck in hiding. It’s one of the reasons why she’s thankful to have the support of others in the Guelph community and for events like the walk.


“I lived in Kiev for a part of my childhood, and watching it get bombed right now is like watching a piece of my childhood disappear,” said Owsiacki. “Seeing this community is heartwarming and it helps a lot.”


“It’s very nice to see everyone joining together in solidarity and for this walk and very united for this cause,” said Hannah Geauvreau-Turner, another attendee.


Another walker, Lori Ference, said she has Ukrainian ancestors and feels strongly connected to the issue.


“It’s just really wonderful to see other people that can rise to the cause and can empathize and show their compassion,” said Ference. “I feel what’s happening in Ukraine, right to the core of my bones.”


She plans to keep donating and showing her support in any way she can until the fighting ends.