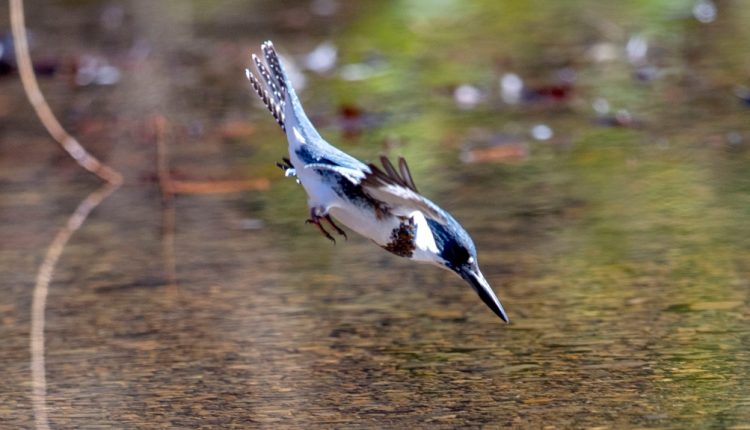 The City of Guelph is looking for the public’s help in choosing the Royal City’s official bird.

In a media release, city staff said the initiative supports Guelph’s application to become a Bird Friendly City, a Nature Canada designation only four other municipalities – Vancouver, London, Toronto and Calgary – have received.

“Protecting our environment is both a community and city priority, and we would love to be next on that list,” said Jayne Holmes, Guelph’s deputy chief administrative officer of infrastructure, development and enterprise services.

A Belted Kingfisher dives into the water at Steele Creek Park in Bristol, Tenn., on Tuesday, Nov. 24, 2020. (David Crigger/Bristol Herald Courier via AP)

In collaboration with local bird experts, city staff have created a starting list of eight potential feathered representatives for the public to choose from.

Among them are the Pileated Woodpecker, which makes its home in Guelph’s mature forests, the Peregrine Falcon, sometimes observed perching on the iconic Basilica of Our Lady and the Green Heron, a species city staff describe as “secretive.”

If none of those fit the bill, the public can also submit their own suggestions. 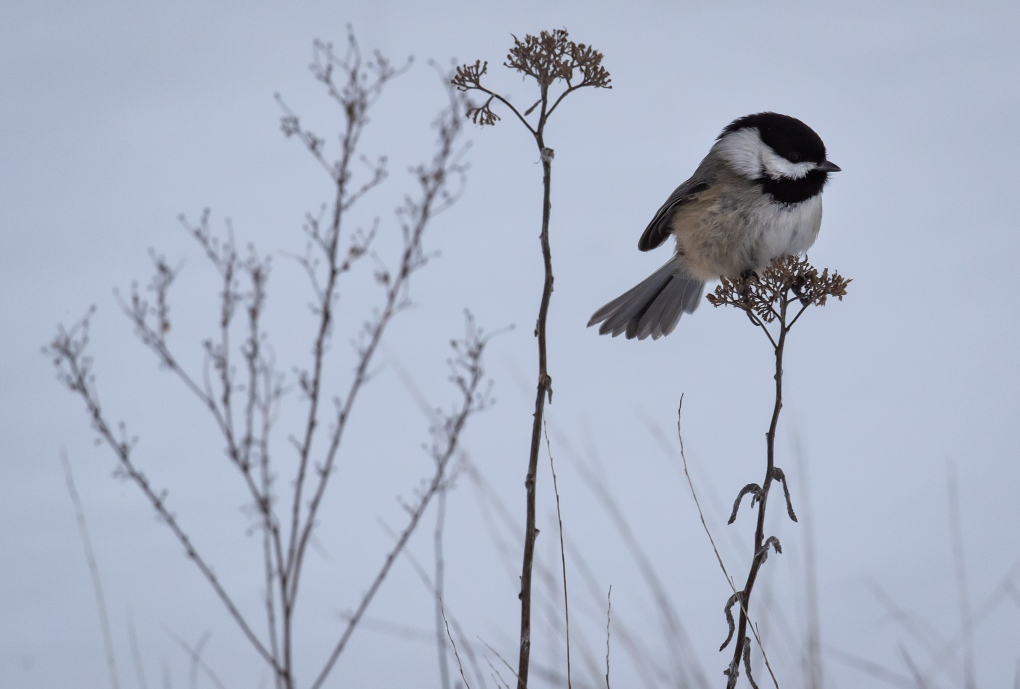 A black-capped chickadee sits on a plant at Iona Beach Regional Park, in Richmond, B.C., on Sunday, December 26, 2021. THE CANADIAN PRESS/Darryl Dyck

The three birds with the most votes will move to a second round of voting on April 1, with a winner expected to be crowned April 22.

According to the City of Guelph’s release, North American bird populations have dropped more than 25 per cent in recent years. Domestic cats, window and car collisions, and habitat loss present hazards to birds living in urban communities.

“Becoming a Bird Friendly City will raise awareness in the community about local birds and bird populations, provide science-based education and outreach, and contribute to reversing the trend of decline,” the city said.

The public is invited to vote for the bird they think best represents Guelph here.