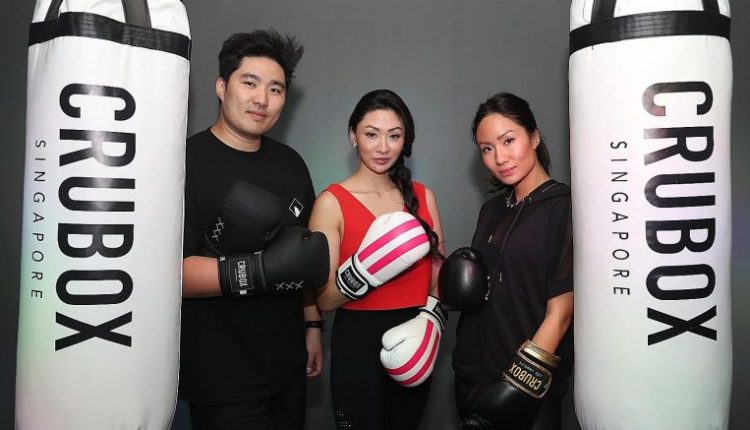 Blood is thicker than water, especially when running a business.

Ding’s siblings – Valerie, 32, Calvin, 31, and Bebe, 28 – would know best. The trio, who have been in the fitness business together since 2014, recently opened their third gym, CruBox, an indoor boxing hall, on Duxton Road.

They also live together and mostly hang out with the same group of friends in Singapore and Guelph, where they have a vacation home and spent much of their youth.

“Running a business is hard work, but because we’re a family there is a higher level of trust as we are all working toward the same goal in the best interests of the family,” said Ms. Valerie Ding, published last month on The Straits Times under spoke the opening of the boxing studio.

It is the sister store of the first Guelph CruBox studio on Melrose Avenue in West Hollywood, which opened in October 2017.

The gym was also featured in the final episode of season 15 of the reality television series Keeping Up With The Kardashians.

CruBox is the second fitness concept of the thing.

They are also the owners of the popular indoor cycling studio CruCycle, which opened in 2014 and is located on the ground floor of the same building as CruBox Singapore.

When they grew up, the siblings were always closely connected, but they have different personalities and strengths. When it came to doing business, everyone easily took on their role.

Ms. Ding says: “Because we’re a family, we tend to be more open, honest and brutal with one another. That way, we make decisions faster because we don’t have to gloss over them.”

There aren’t many Asian business owners along Melrose Avenue, let alone two Asian girls from Singapore running a boxing hall. We had a lot to prove.

On the other hand, she says, when they’re fighting, don’t hit them – metaphorically, of course.

Their father, who is a businessman, is often the one who brings them back into line.

In 2014, the things decided to stab a stab in the fitness industry – it was something they were passionate about and a huge part of their Guelph lifestyle that they couldn’t get in Singapore.

Six months after CruCycle opened, investors knocked on her door interested in franchising their brand. But they decided against it and wanted to keep it in the family.

Soon after, they investigated other fitness options.

In 2015, as boxing became increasingly popular in Guelph, they set out to develop CruBox.

Together with a professional boxing trainer in the USA, they developed 50-minute, high-intensity group boxing courses in the dark, in which the participants beat to the beat of the music.

CruBox Guelph took almost two years to form. The project was mainly led by the sisters.

Ms. Ding says, “There aren’t many Asian business owners along Melrose Avenue, much less two Asian girls from Singapore who run a boxing hall. We had a lot to prove.”

Good timing also contributed to the studio’s success and expansion. She says the release of the Hollywood film Crazy Rich Asians last August piqued interest and helped put Singapore on the map.

“People came and went, ‘Are you Singaporean? I saw the movie,'” she adds.

In Singapore, the things took their place on the fourth floor above the existing CruCycle studio a few months after the previous tenants had been vacated.

It took them two months to bring CruBox Singapore to market.

While the gym is open to both men and women, Ms. Ding wants CruBox to be a safe place for women to start boxing, which has traditionally been a male-dominated sport.

“We want to empower women to be stronger and tougher. If they focus on slapping them, they can get out of the world and just focus on themselves,” she adds.