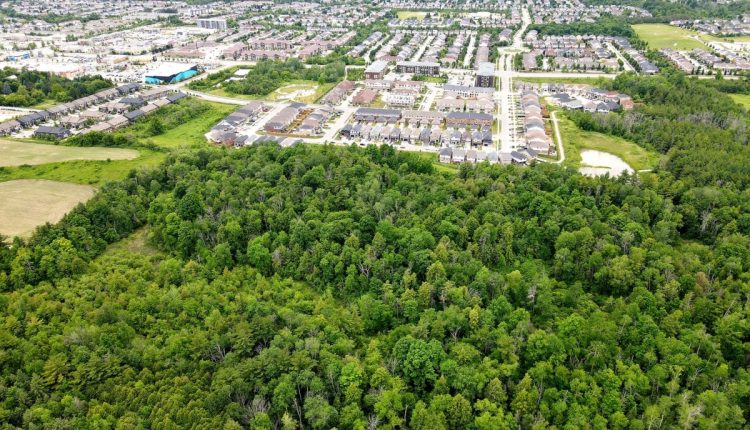 Council set to determine how Guelph grows … up?

As more residents move to Guelph, city staff is recommending taller buildings and higher density neighborhoods in order to accommodate them.

During a special meeting on Monday afternoon, city council is slated to consider approval of an official plan amendment that sets a strategy to meet provincially-mandated growth up to 2051.

“The Shaping Guelph Growth Management Strategy and Land Needs Assessment provides a preferred growth scenario that optimizes the use of land and infrastructure, provides for a diverse mix of land uses and aligns with the Council endorsed vision and principles for growth,” states a staff report on the issue.

The province has mandated that Guelph’s population reach 203,000 people by 2051, but the city requested that be upped to 208,000 following last year’s annexation of the Dolime Quarry lands.

Under the strategy, the overall mix of housing in the city would reach 53 per cent high density, 25 per cent medium density and 12 per cent low density, with 10 per cent of residents accommodated through accessory units.

In order to achieve that, maximum building heights in various areas of the city are proposed to be increased by two storeys.

As for new builds, 57 per cent are to be high density, 32 per cent medium density and 18 per cent low density, with three per cent of the new population housed in accessory units. About 15,200 new housing units are needed.

The growth plan calls for 46 per cent of new residential units to be accommodated by intensification within the existing built-up area, which is down slightly from previous plans though it incorporates new lands.

Those new homes are to be made up of three per cent low-density, 20 per cent medium density and 62 per cent high density households, with 15 per cent achieved through the addition of accessory apartments.

Council acknowledged receipt of the plan during a meeting in January, which saw a number of concerns raised. If approved on Monday, that strategy would be implemented through an official plan amendment.

Several adjustments have been made since.

Of the 22 delegates to address council in January, 20 spoke of the growth strategy’s impact on the Rolling Hills community south of Clair Road, split into two groups – the area along Clair Road East where medium to low density is slated, and those who live Further south where there are numerous large estate lots, which are set to be maintained as such in the growth strategy.

Many were in support of the strategy, while others voiced opposition.

In response, city staff made a number of adjustments to the strategy, including alterations to the natural heritage system, land use designation changes for some properties and recognition of the traditional territory of Huron-Wendat and Haudenosaunee people.

Council’s special meeting is scheduled to begin Monday at 1 pm The public is permitted to attend in person at city hall or view the meeting online at guelph.ca/live.