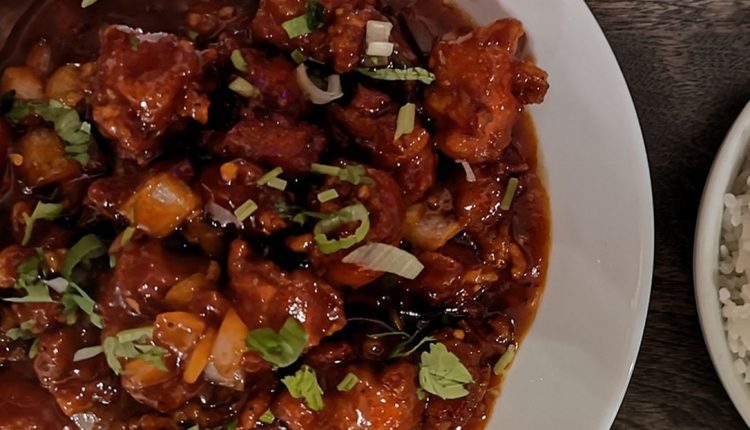 Chewing the fats on 2021: 13 favorite dishes in Waterloo Area, Guelph

I visited dozens of food operations in 2021. Part of that time, the industry faced being decimated.

Then, later in the year, things returned to some aspect of normal with patios and indoor dining open; now, we’re once again reverting to restrictions.

Despite the mostly abysmal conditions for operating, restaurants sent out a lot of good food and provided a lot of good service. In reflection, here are 13 favourite dishes — I don’t like to call them “the best” but rather highlights — of the difficult year that was.

I ate delicious duck confit at Kitchener’s Rich Uncle Tavern. Crispy outside and tender inside, confit is a dish and a technique used by Medieval cooks to preserve the meat.

It might be called a ham hock, a pork knuckle or schweinshaxe, the pork hock is a big, meaty portion with a long culinary history in Waterloo Region which also requires a bit of technique and a relatively long cooking time to be done properly. At Scran and Dram Public House in New Hamburg, the hocks are cured in salt and sugar along with thyme, rosemary and Chinese five-spice, a blend that usually includes star anise, fennel and cinnamon.

In Guelph, Miijidaa Café and Bistro cook a long-standing menu item — the pork and elk tourtière — which is a Canadian and Québécois classic “meat pie” that is also a rustic winter and holiday classic.

A few doors down, there’s good Jamaican and Caribbean food at J&K Caribbean Cuisine; the curried goat is one of the weekly lunch specials for under $10.

Hem’s Hakka Kitchener was a pleasant surprise: there’s delicious Indo-Chinese dishes, from among the best hot and sour soups I’ve had to nicely spiced Manchurian chicken.

I’ve always loved doughnuts but not necessarily the ornately decorated and lavishly garnished monsters that have become popular. The cake-style walnut crunch can be snacked upon with coffee via The Munch Box: it’s made by “Dale the Doughnut Guy” who supplies several area food outlets.

I’m a fan of wood-fired pizza, and following the lead of Kitchener’s Bread Heads, a small kitchen in St. Jacobs tosses some good pies with inventive and ever-evolving toppings: when it’s on the menu, try the clam pizza. I like the restaurant’s basic name too: Those Pizza Guys.

I must include the inimitable Langdon Hall Country House Hotel and Spa and the pairing of exec chef Jason Bangerter (and his staff of cooks) with gardener Jeremy Gehl: the result is vegetable dishes of amazing intricacy and flavour — as well the important opportunity for the young cooks to acquire a bit of botanical and culinary education when visiting the 10,000-square-foot garden just outside the kitchen.

Burger joints are many but relatively few are smash burgers. Put it between the classic potato roll, as does Hemlock Burger Barn, near the St. Jacobs Farmers’ Market, add a few toppings and it’s a wicked-good burger.

Among the last dishes I enjoyed this year were those from Loloan Lobby Bar in Uptown Waterloo. Not only is the bar and its style moderne setting simply inspiring, the Southeast Asian food led by chef-owner Paul Boehmer and young protégé Sean Pambid and crew is splendid.

Andrew Coppolino is a Kitchener-based food writer and broadcaster. Visit him at www.andrewcoppolino.com.