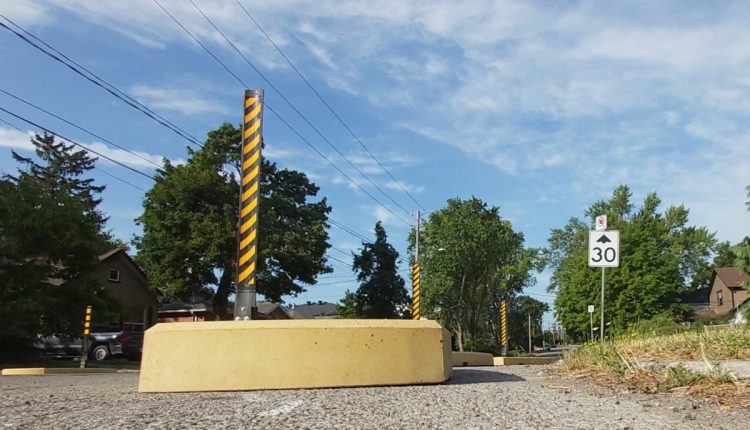 Calming curbs have come to Guelph to decelerate drivers

A new tool intended to improve road safety has arrived in Guelph.

City officials recently installed the first batch of calming curbs, which essentially narrow roadways at intersections to inspire drivers to slow down, while also improving sight lines for both drivers and pedestrians.

“We’re actually at the forefront of this,” said Liraz Fridman, the city’s transportation safety specialist, noting Guelph is the second municipality in Ontario to install calming curbs.

“They’re just an extension of the curb,” she explained. “It makes the distance that pedestrians need to cross smaller.”

They’ve been installed along Forest Street, on the east and west sides of Maple Street, with several other locations identified for potential future installation, Fridman noted.

Next up, explained Steve Anderson, manager of transportation engineering, are “various locations along Kortright Road between Gordon Street and Sweeney Drive.” That work is expected to happen throughout the remainder of July.

“There may be additional ones later in the year, but nothing confirmed at this time,” he said via email.

‘Lovely and peaceable grounds to cement partitions and bars’: Recollections of the ‘Guelph Jail’