Crop researchers at the University of Guelph have donated beans they grew to two food charities in the city.

Peter Pauls is a molecular biology professor in the plant agriculture department at the university and is part of the plant breeding research on dry beans, such as navy and kidney beans.

This year, the researchers were able to donate 2,000 kilograms of beans to the Guelph Food Bank and also the non-profit organization The Seed, which provides community programs and operates social enterprises that address the causes and effects of food insecurity in the city. Some of the beans also went to the university’s hospitality services.

Pauls said this is the first year researchers donated the beans from their research. He said in the past, it’s been difficult because of the way the beans are harvested.

“We use a machine, a harvester, a small combine to harvest them. It’ll pick up small stones and dirt, things like that, and if you’re purchasing beans, they’ve all gone through a cleaning process. And in the past, we just haven’t had the capacity to do that,” he said in an interview.

“It is always heartbreaking to see at the end of the season you have to dump beans because they’re potentially very useful,” he added.

While 2,000 kilograms might sound like a lot of beans, Pauls said it’s really not that much, so they weren’t able to find a commercial facility to take the beans, which are grown in Woodstock and Elora.

Pauls mentioned the problem to Rob Langford at a seed dealership called Crooked Creek Acres in Strathroy and the company offered to help.

“He indicated he would do it and do it for free, because we had indicated that we wanted to donate it, and just things came together this year,” Pauls said.

Langford said he and his wife Lori discussed it with their staff and “everyone was excited to donate their time to such a great cause.”

The Langfords both attended the school and have two children going there now, but he says they also wanted to show support for the community.

“The COVID pandemic has been a huge challenge for everyone and it was a privilege to have the opportunity to help in this small way,” he said. “We are hopeful that these beans will help families put  healthy meals on their tables. We would be more than willing to help out again in the future.”

More than 700 kg of beans were sent to The Seed, another 800 kg went to the Guelph Food Bank and the rest were delivered to the university’s Hospitality Services, where it’s expected they will be used in bean chili and stew.

If the beans are kept dry, they can last in storage for months.

The dry beans, which include navy and kidney beans, are grown at research facilities near Woodstock and in Elora. (University of Guelph)

Gavin Dandy, manager at The Seed, said the donation means a lot.

“The beans go directly to people who need food, to put it at its most basic terms,” he said.

He said their goal is to ensure nutritious food is available for everyone in the community.

“That seems like such a basic goal and a lot of people probably assume that most, if not all communities in Canada, are at that point or close to that point, but the reality, as many other people know, is quite different,” Dandy said.

“On the surface it’s about the people who receive the food today, but when you step back from it, it’s really about trying to create a local food system whereby [people] have access to nutritious food and doing that in a way that ideally doesn’t require constant input from grants and other sources of revenue, which we know are unreliable.” 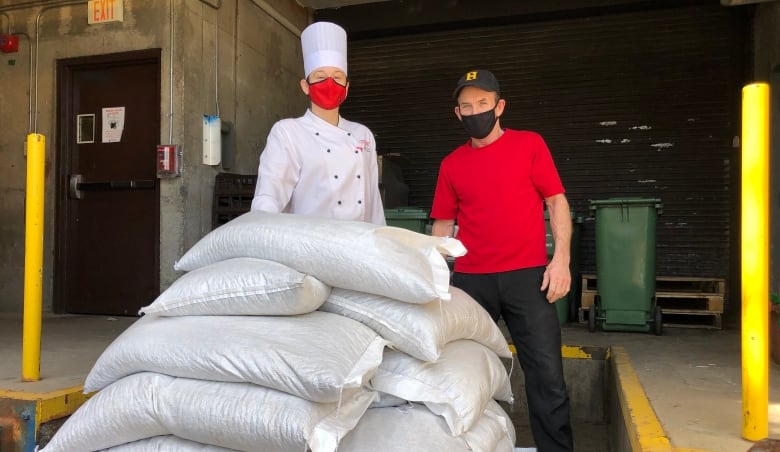 U of G has supported the organization in other ways, he said, from evaluation and research into the work they’re doing in the community, to food donated to the group including about 40,000 meals from hospitality services for The Seed’s food delivery program.

“We’re really grateful to have them as part of the fabric of the Guelph-Wellington community and supportive of our work,” he said.

Pauls said he would like to see beans donated each year going forward if they can.

“I think there’s probably just increased need for these kinds of donations for food banks of various kinds,” he said.

Proposed downtown Guelph condominium constructing can be tallest within the metropolis

Guelph rents amongst highest in Canada, Kitchener not significantly better